Media magnate Rupert Murdoch, chairman and CEO of News Corp., has plans to take on ESPN with a new national cable sports network. FOX Sports 1 is expected to launch in August in the United States, with plans to broadcast football, motor sports, baseball and much more. Murdoch hopes that the all-sports network will be as successful in the U.S. as Sky Sports has proven in the United Kingdom. END_OF_DOCUMENT_TOKEN_TO_BE_REPLACED

FOX has announced a new syndication network that will allow second screen TV apps including Shazam, Viggle, ConnecTV and Dijit’s NextGuide to link with its sync-to-broadcast content, currently accessible via FOX NOW apps. The network will also allow FOX to syndicate content to smart TVs and service providers interested in enhancing audience engagement. Additional partners are expected to be announced soon. END_OF_DOCUMENT_TOKEN_TO_BE_REPLACED

“American Idol” has begun using Twitter as a platform through which to take instant audience polls. Using two possible hashtags per question, those in the audience can respond to network inquiries like: Do you agree with the judges tonight? Once the answers are submitted, Fox and partner FremantleMedia will update a graphic almost instantaneously as results come in, creating a live tug of war. END_OF_DOCUMENT_TOKEN_TO_BE_REPLACED

On Tuesday, Fox Broadcasting announced it will take the YouTube channel WIGS under its wing. Conceived as a channel for female-friendly dramas on the Web, Fox is set to help sell ads on the channel and will distribute its videos to more viewers. Additionally, WIGS will partly serve as an idea incubator for Fox, with the hope that some programs will evolve into prime time dramas. END_OF_DOCUMENT_TOKEN_TO_BE_REPLACED

CES 2013: Panasonic and Fox CTOs Discuss the Future of 4K

Panasonic hosted its CTO Eisuke Tsuyuzaki, Fox Filmed Entertainment CTO Hanno Basse and director, writer and actor Danny DeVito Wednesday for a panel on the intersection of technology and entertainment. The two CTOs covered the 4K push, the future of 3D and the relationship between electronic manufacturers and content providers, before making way for DeVito to discuss his view of technology in media production. END_OF_DOCUMENT_TOKEN_TO_BE_REPLACED

UltraViolet Announces Global Roll-Out: Studios Get Ready for the Cloud

Will the Kindle Fire Help Amazon Take on Netflix? Content Will Decide 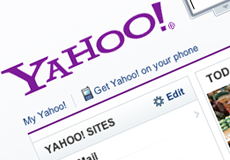 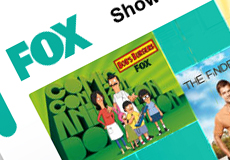