Launching at TechCrunch Disrupt SF, startup Spincle showcased a new way to capture 360-degree imagery with smartphones. Up until now, most 360-degree photography has required specialized cameras, and posting the results takes multiple apps and expertise. The popularity of the 360-degree panorama brought about by Google Cardboard, however, has also given birth to the “magic window,” which allows the user to move the phone and, without a VR headset, have a quasi-VR experience. That’s where Spincle fits in.

TechCrunch dubs Spincle a “sharp-looking app with a nice UI for you to view your own 360 photos and videos,” with the ability to make it “as easy as possible to share across platforms,” via MP4 files that the company says are “20 times smaller than normal video files” due to its formatting techniques. The company also says the files “will loop much like GIFs when uploaded to Facebook.” 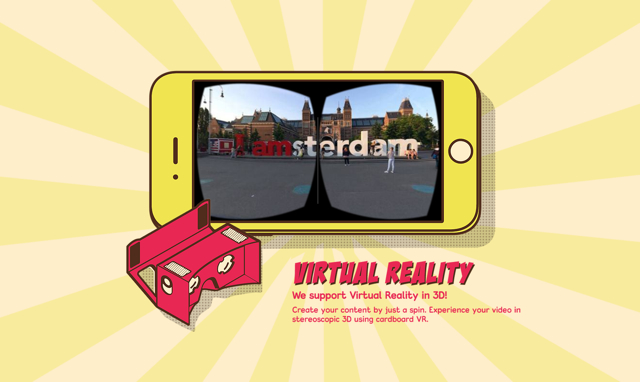 Spincle also offers “a pair of interesting formats” that can be captured with an ordinary iPhone. One is a “photo/video amalgam that turns certain aspects of the panorama into a video and keeps the rest a static image based on how you capture the scene.” TechCrunch notes this gives “more of the context unique to the 360-degree medium, while giving the viewer a clear window into the environment’s ‘Instagrammable’ moment.”

The second mode is a single-camera 3D-capture that “utilizes the spin of the camera to create a stereoscopic image with limited parallax view.” In principle, that means anyone with a smartphone can create “a cool 3D image without complicated equipment.” The bottom line is that, as smartphone cameras improve, companies like Spincle will develop “futuristic innovations” with potential to catch users’ attention.