Sony Announces 1TB PlayStation Will Be Thinner and Lighter

In the wake of E3, Sony has announced that its new PS4 will be thinner, lighter and pack more storage than its predecessor. The new PlayStation 4 1TB Ultimate Player Edition, coming to North America next month, will weigh 10 percent lighter than the current PS4 and use 8 percent less power. The new console will come in black or white with a hard drive bay cover in a matte finish, which Sony suggests provides “a more casual look.” Earlier this month, Microsoft confirmed that its latest Xbox One would feature 1TB of storage and an upcoming wireless controller. 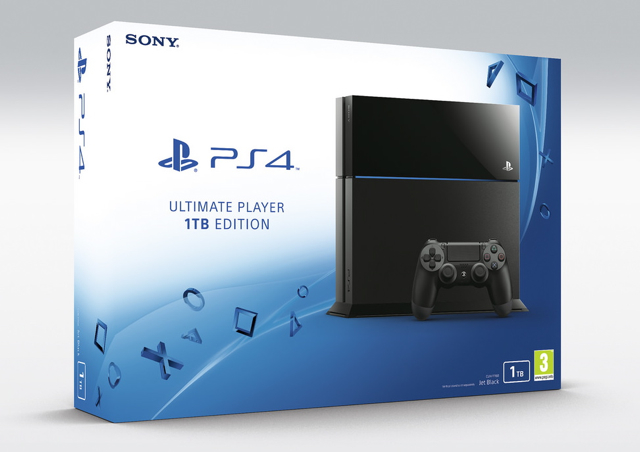 Sony Computer Entertainment published a press release stating that a new 500GB PlayStation would ship in Japan at the end of this month, to be “followed by North America, Europe and Asian countries and regions.”

According to a FCC filing earlier this month, the new 1TB PlayStation 4 is expected to have the same weight and dimensions of the 500GB PS4 announced by Sony yesterday.

“The spec sheet in Sony’s announcement shows a U.S. price of $399 — the same as the current model,” notes Digital Trends. “Pricing information for the 1TB PS4 Ultimate Player Edition has not been made available yet — the PlayStation Blog post simply says to ‘check with your local retailer.’”

The PlayStation Blog has also posted a one-minute promotional video.

Sony additionally announced that it has updated its PlayStation app for iOS and Android with new features. “The first is the ability to enter PSN gift cards and promotional codes, so you no longer have to power on your PS4 to redeem them,” reports Engadget. “The second is the option to display comments on your phone or tablet while you’re broadcasting from the console.”