In a few cities last week, Snapchat introduced a new search tool that relies on machine learning to collect text and visual metadata, enabling users to find content, even from users they do not follow. Previously, users only saw Stories from others they followed or that Snapchat served up. This is Snap Inc.’s first major change to its Snapchat software since the company went public in early March; in January, Snap added a search function allowing users to search for friends and publisher content.

Since its IPO, Snap now must respond to investor pressure to improve revenue and build its user base, says The Wall Street Journal, which adds that, “Snap identified sustaining user growth as one of its biggest risks.” The new tool “will only display content that users submit to ‘Our Story’ on Snapchat.” 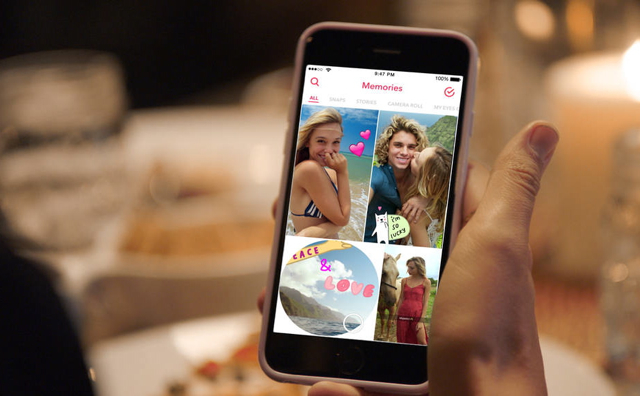 Cowen & Co. analyst John Blackledge reports that, “one-to-one messaging drives the frequency with which users visit,” but its “one-to-many communication that Snap is pushing with its Stories feature is a key driver of time spent on its platform,” the metric that Snap highlights as indicative of its reach.

Snap says users spend “an average of 25 to 30 minutes daily on the app,” a time period that the company hopes will grow longer by allowing searches.

Unlike Twitter and Facebook, where messages and videos are shared widely, Snapchat’s popularity is due to its ability to let users “share photos and videos in personal messages and among small groups.” Search is a money-maker for companies such as Google and Twitter, which display sponsored results as well as organic ones.

Snapchat does not put ads in search results and “declined to say if it would.” Instead, Snapchat makes its money by displaying ads in Stories.