“Mob City,” a three-week event about mobsters in 1940s Los Angeles, premieres Wednesday night on TNT. In an effort to generate early social buzz, the script for the first episode is being released in its entirety (minus the surprise ending) as a stream of Twitter messages. The first episode was written by the show’s creator, Frank Darabont (“The Walking Dead,” “The Green Mile,” “The Shawshank Redemption”). The tweets began distribution yesterday using Twitter Cards.

“Issued from the Twitter handle @MobCityTNT (#MobScript), the final cliffhanger message will be posted 30 minutes before the show airs at 9 p.m. on Wednesday,” reports The New York Times. 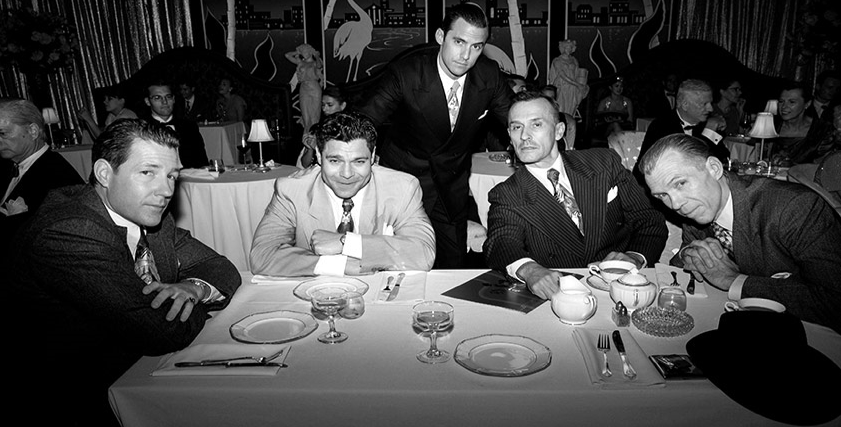 Popular shows including “The Walking Dead” have recently topped Nielsen’s new Twitter TV Ratings, which measure the number of Twitter posts related to shows in addition to the number of followers who read them.

“Much has been serialized over Twitter’s 140 characters (or fewer) at a time, including a short story, ‘Black Box,’ by the Pulitzer Prize-winning author Jennifer Egan, which The New Yorker trickled out over 10 days on the social network in 2012,” notes the article. “But the new TNT promotion makes use of a feature called Twitter Cards, which enables embedding short videos, photographs or other elements within a post, rather than requiring users to click a link to view them elsewhere. About three-quarters of the more than 400 tweets that make up the script will include an element in addition to the text.”

Text for the “Mob City” tweets are often accompanied by video clips and photographs. MobScript.com is posting the tweets as they are sent. In addition to the script, the tweets describe the creative and technical challenges in producing the show.

“This goes deeper and deeper into the show,” explained Kerry Keenan, chief creative officer at Deutsch New York. “It’s not just the dialogue — it’s the making of the show and all the attention to details.”

Among those expected to add commentary are Darabont, costume designers, set designers, and actors such as Edward Burns, who portrays Bugsy Siegel, and guest star Simon Pegg, who plays Hecky Nash.

The network refers to the promotion as “adaptweetion.” Tricia Melton, SVP for entertainment marketing and branding at TNT, TBS and Turner Classic Movies, said the term is apropos since the mix of script, video clips, images and commentary can be seen as a unique form.

Yesterday, TNT opened “a pop-up store in New York’s Chelsea Market called Mickey’s Haberdashery, which is modeled after a men’s clothing store that Mickey Cohen, another Los Angeles gangster of the era depicted in the show, once owned in the Sunset Strip,” notes NYT. “Along with stocking clothing and accessories reminiscent of the 1940s, the store, which will be open for only three days, will offer hot shaves for a throwback price of 35 cents and shoe shines for a dime.”