Netflix to Introduce High Dynamic Range to its 4K Streaming

During the LG press conference at CES earlier this week, Netflix announced that it plans to introduce high dynamic range (HDR) to its 4K UHD streaming sometime this year. While a specific timeline was not revealed, it is expected that the HDR streaming will coincide with the launch of LG’s much talked about OLED TVs. Netflix support for HDR was also announced with Sony; the company’s X900C ultra-thin UHD TV showcased at CES will run on the new Android TV platform and provide access to Netflix 4K.

Once Netflix officially launches its HDR streaming, the service will communicate with your television to make sure it is HDR-ready. So if you have the new LG 77-inch flexible OLED TV or Sony X900C (below), for example, your set will enable the feature and handle the HDR processing for brighter, more accurate colors. 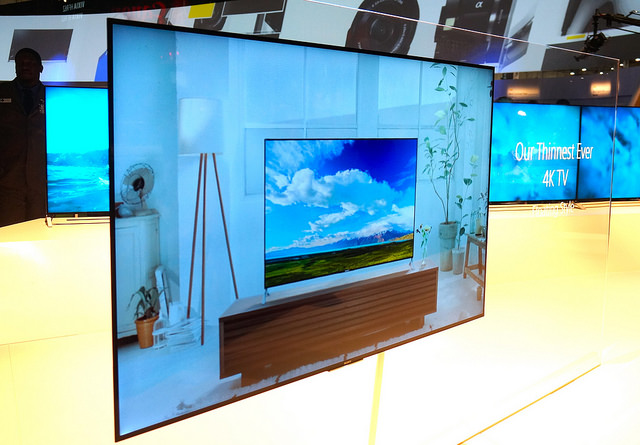 According to Trusted Reviews, Netflix Chief Streaming and Partnership Officer Greg Peters described viewing “Marco Polo” on a new LG OLED display in 4K: “The beautiful landscape, the stunning vistas, these nail-biting battle scenes, the exquisite detail in the sets and the costumes all rendered in breathtaking 4K. I thought to myself, this is how Netflix Originals should be watched.”

HDR demos were conducted in the LG booth. “In ‘Marco Polo,’ there are scenes in which a colorist traditionally had to choose between either showing a dark shadow or ray of sunlight,” Business Insider reports. “With HDR, there’s no such compromise — colorists are able to highlight the nuances of each, showing both dark shadows and bright light that doesn’t appear washed out.”

Particularly noteworthy is the fact that the BI reporter may be swayed to make a new purchase following the demo. “Netflix truly looks spectacular in HDR,” he writes, “and it might even persuade me to upgrade to a fancy 4K TV once the service launches later this year.”