The 2nd Screen Society — formed to address the companion screen viewing of TV and home entertainment — hosted the 2nd Screen Summit on January 5 during CES. Television network, production and creative tech execs gathered at the Encore Las Vegas to discuss this year’s theme — It’s all about the data: “Data is going to be the currency that fuels the entertainment industry in the years ahead and 2nd screen will be the way that data is collected.” The event featured a series of thought-provoking keynote discussions and panels.

In the opening session — “Super Fans or Super Freaks: How to Interpret Social Data” — 4C Insights CEO Lance Neuhauser (below right) explained there is a significant amount of “cognitive dissonance” when it comes to social data. 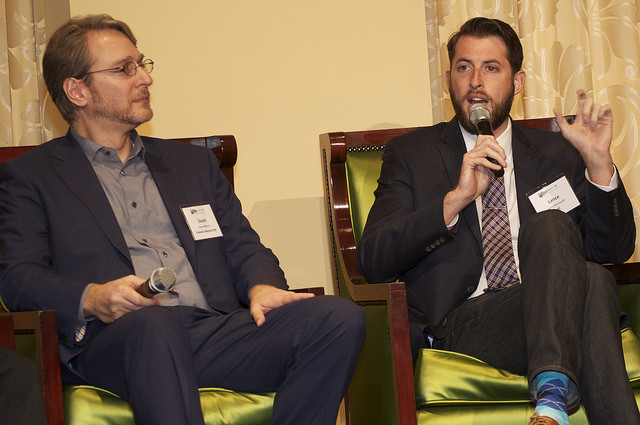 “Even if someone is screaming at the top of their lungs,” Neuhauser said, “they wouldn’t be doing it if they didn’t love what you are doing.”

The executive cited two notable TV episodes from the last 18 months: the Red Wedding episode of “Game of Thrones” and the “Good Wife” season finale.

“If you listened to the fans, it’s not what they wanted, but if you looked at data — engagement and viewership went through the roof,” he concluded.

Christy King, COO, Levels Beyond (below left) described an experiment conducted by her previous employer, Ultimate Fighting Championship, during the panel “Smart Content: Making Sense of Analytics in the Age of OTT.” 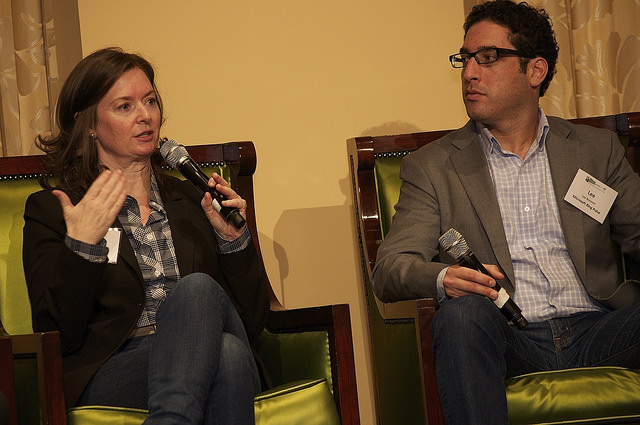 UFC developed OTT boxes to broadcast its events directly to select bars and gyms. The data the company collected about the audience and the settings proved extremely instructional for both content development and to advertising clients.

In the session, “Innovations in Storytelling & Media,” Professor Jonathan Taplin (below), director of the Annenberg Innovation Lab at USC, warned that the myth of the long tail was “coming to OTT.” Taplin, a veteran film producer, headlined a session about the importance of gathering real data about audience behavior and motivation, which he identifies as the key to continued monetization. 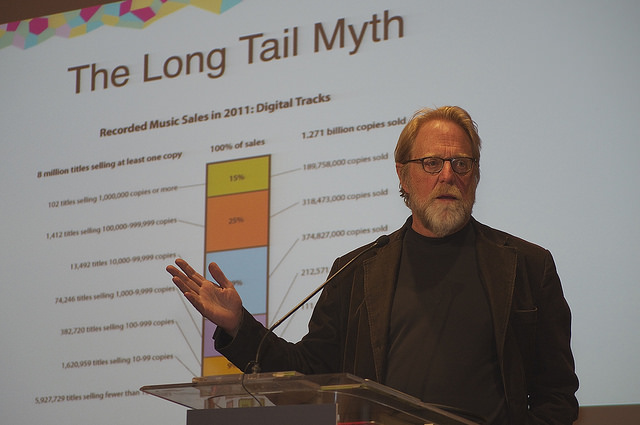 In a keynote conversation, Marc DeBevoise (below right) , EVP & GM of entertainment, news & sports for CBS Interactive, admitted there’s a “gap” at CBS when it comes to immersive, second screen content. While the 24/7 live feed for “Big Brother” is a home run, he would like to see product that offers the same level of engagement for “Good Wife” super fans. 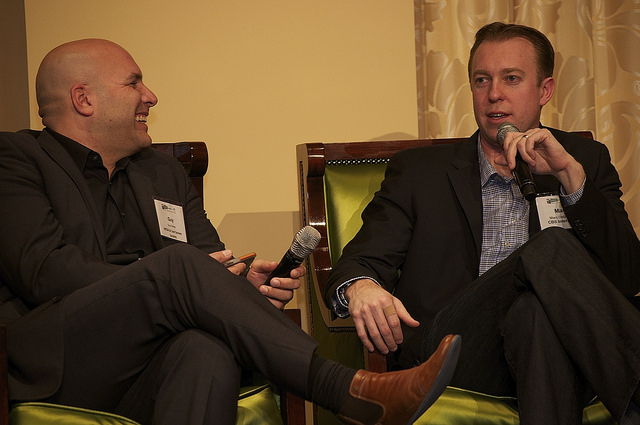 In another keynote conversation, “Defiance” showrunner Kevin Murphy (below) explained that all the second screen content for his SyFy Network series is created in-house. Murphy and his writing team even helped design the concepts and copy for a commercial produced by marketing partner Dodge that pictures the aging process of the show’s signature Challenger vehicle. 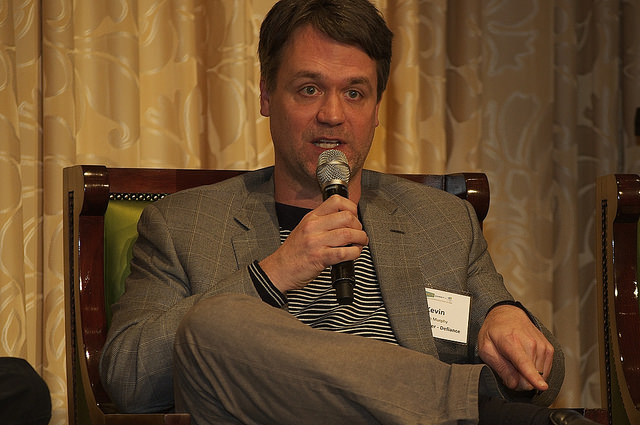 “It’s all going to happen in five to ten years, so you can either get on board or fight the train,” said Murphy. “I would rather be in a universe where I am in charge.”