The 66th Primetime Emmy Awards will air tonight on NBC, this year with a few social media twists. Actor Aaron Paul, nominated again for his role in “Breaking Bad,” is thanking his fans with another Hollywood scavenger hunt. He recently posted a photo on Instagram promising signed scripts, posters and more. Facebook is providing an oversized tablet designed to let celebs answer questions from fans during the festivities. And Google has posted TV filming locations that you can check out on Street View. 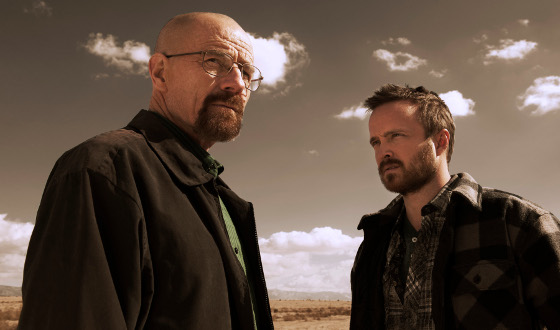 Aaron Paul, who won Emmys in 2010 and 2012 for playing Jesse Pinkman on AMC’s “Breaking Bad,” is known for his social media interaction with the public. In the past, the actor has tweeted out the locations of items he has hidden for fans, engaged in spontaneous Q&A sessions via social media, and shared the on-set pay phone number to chat with fans during production. Some have credited Paul’s use of social media in helping to generate continued interest in the series.

According to The Hollywood Reporter, “Paul also helped raise $1.8 million for wife Lauren Parsekian’s anti-bullying nonprofit, The Kind Campaign, by giving donors to his Omaze.com contest the opportunity to win a trip as his personal guest to the Hollywood Forever Cemetery screening of the series finale.”

This time around he is hosting another scavenger hunt in honor of the show’s final chance at earning Emmy Awards (Bryan Cranston, Anna Gunn and Paul are nominated; the series is also up for best drama).

“There will be signed ‘Breaking Bad’ scripts, posters, dolls, action figures and some really cool ‘Breaking Bad’ art hidden all over the Hollywood area,” promises Paul of the scavenger hunt that starts at 11:00 am today (visit his Twitter page for details). 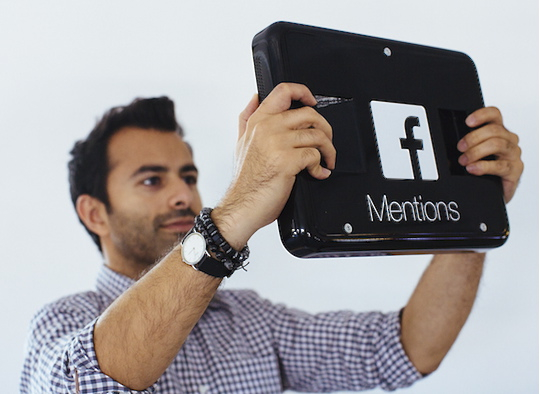 Those of us watching the red carpet arrivals, awards presentation and party coverage on TV should expect to see the Facebook “Mentions Box” in use — a comically oversized tablet PC (developed by iStrategyLabs) that was designed to connect celebrities with their fans.

“Facebook plans to deploy it at events where celebrities are in attendance,” reports The Wall Street Journal. “The celebrities, Facebook hopes, will look into the tablet’s camera and provide video responses to questions posted on Facebook.”

Similar to the Q&A station that Facebook’s Instagram ran during the Golden Globes, Facebook is teaming up with “Access Hollywood” hosts who will hand the Mentions Box to actors during tonight’s events. Actors will be encouraged to shake the tablet like a Magic 8-Ball and then answer a question using the built-in video camera.