Apple and Google are competing for younger programmers to write the next wave of mobile code. In 2012, Apple lowered the minimum age of attendance at its developer conference from 18 to 13. The company supplies scholarships for those that cannot pay the $1,600 fee for registration. Meanwhile, Google holds a youth section at its developer conference for those between 11 and 15 years old. Tech companies are searching for software prodigies that will develop the next big apps for smartphones and tablets. 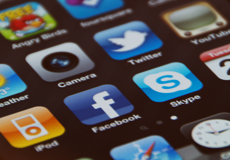 “They are incredibly smart, probably smarter than most adults,” said 21-year old developer and Apple scholarship winner Sarah Rust of her young peers. “Age isn’t a requirement to do well.”

At Apple’s conference this year, minors took around half of the 200 scholarships.

“Developers younger than 18 years old can’t publish apps in Apple’s App Store, so many children register using a parent or guardian’s name,” reports The Wall Street Journal. “Google has no age restrictions for its Google Play store, but a developer needs to register an account with a credit card — something that many children don’t have.”

Grant Goodman is a 14-year old programmer who built an ad-free app called Prodigus when Apple removed the preloaded YouTube app from the company’s iPhones.

“If you start young, you will have an advantage over people who start in their 20s,” said Goodman. “Your brain has more plasticity when you’re younger.”