Microsoft debuted its new $999 Surface Laptop, targeted to compete with Apple’s MacBook Air in the classroom. The new Surface, available in four colors, is 2.76-pounds, a bit lighter and thinner than Air and offers a 14.5-hour battery life, slightly longer than the Air’s. On the less expensive end, Microsoft partners Acer, Lenovo and HP unveiled laptops, also running Windows 10 S, for the education market starting at $189. Windows 10 S, touted as more secure, can run apps from Microsoft’s Windows Store.

The Wall Street Journal notes that Surface has 4GB of memory, whereas the similarly priced MacBook Air comes with 8GB. Microsoft says it can “improve the speed and battery life” of Surface by “limiting apps to just those in the Windows Store.”

But Apple’s iTunes isn’t in the Windows Store, which “could frustrate a customer who, for example, tries to sync an iPhone but can’t.” Customers who want to use apps not available in the Store can upgrade to the Windows 10 Pro version for $49. 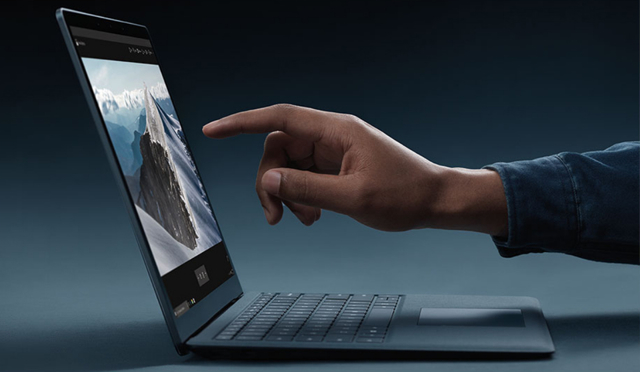 According to WSJ, the debut of Surface “comes as Google has seized control of a market where Microsoft and Apple once were much stronger,” singling out the Chromebook, which can cost as little as $150 and is “updated automatically, making [it] particularly appealing to schools, which might not have technical staff to manage devices.”

Futuresource Consulting reports that Chrome OS now makes up 58 percent of “laptops and tablets shipped to the U.S. kindergarten-through-12th-grade market in 2016,” whereas Windows has a 22 percent share and Apple has 19 percent. The educational market was valued at $10.1 billion worldwide in 2015, says Futuresource.

Microsoft will also update its education version of Office 365 “that will run in Windows 10 S and will be available free to students, faculty and school staff,” and added a collaboration service, Teams, in November that lets teachers give quizzes and help students work together on projects. Students and schools also get a free one-year subscription to “an education version” of Microsoft’s “Minecraft” game, “to teach coding.” Windows 10 S devices will also “support pen-based computing and apps that make use of augmented reality.”

The Surface Laptop will roll out June 15 and others running Windows 10 S will show up in summer. According to Forrester Research analyst J.P. Gownder, these new products will “stem the bleeding” for Microsoft’s efforts in the education market.