Microsoft is positioning itself as providing, with Windows 10, the only platform for “mixed reality,” which the company describes as “providing devices with the ability to perceive the world, breaking down the barriers between virtual and physical reality.” In a three-minute video, Microsoft shows how it believes various types of augmented reality will be able to interact, using HoloLens headsets, VR helmets and other devices. Microsoft invites its partners to build on the Windows Holographic platform.

TechCrunch quotes Microsoft executive Terry Myerson describing the possible permutations of “mixed reality.” “Imagine wearing a VR device and seeing your physical hands as you manipulate an object, working on the scanned 3D image of a real object, or bringing in a holographic representation of another person into your virtual world so you can collaborate,” he says. 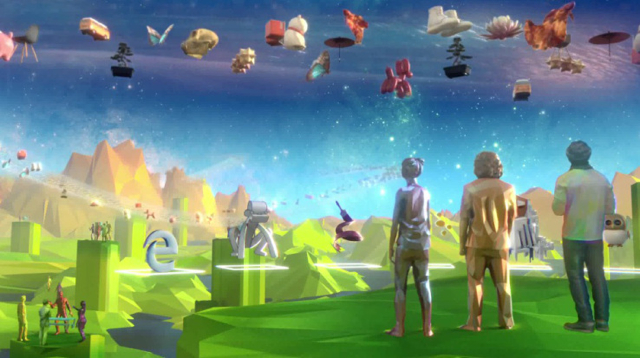 The video showed how someone with a HoloLens headset may scan and inhabit a physical space, and another distant but connected person, with a VR helmet, can enter that space virtually.

“Positioning Windows 10 as the only place where one can truly expect to take advantage of the full gamut of reality-mixing is a prescient move,” says TechCrunch, which adds that, “the VR platform wars are sure to be confusing and divisive.”