Media Publishers and Their Sponsors Gravitate to Apple News

Apple is launching Apple News, a news reading app with content from leading media companies that gives publishers another venue for ads. The launch comes at the same time that Apple approved ad-blocking apps such as the just-released 99 cent Blockr, a concern among publishers looking for more savvy ways to take advantage of the burgeoning number of digital platforms. Among the companies committed to publishing on Apple News is GQ (sponsored by Burberry) and recipe site Epicurious (sponsored by Campbell’s Soup and Reynolds). 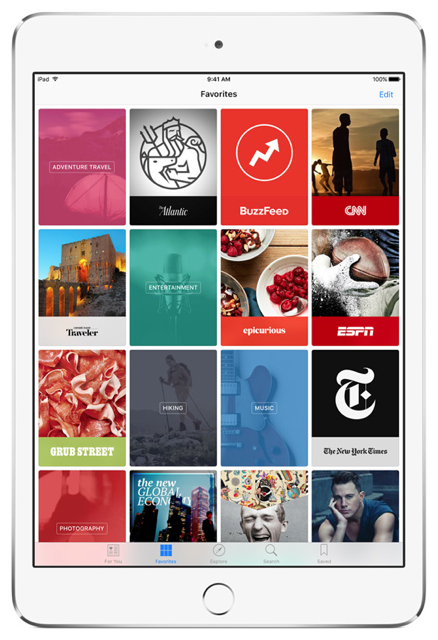 The Washington Post also established a relationship with Amazon Prime, announcing that users of Amazon’s subscription service will be able to read articles for free for the first six months, followed by a 60 percent discount in subscription rates ($3.99 a month as opposed to $9.99).

WSJ notes that this new deal is “another step in the alliance of the two companies that started in 2013 when Amazon founder Jeff Bezos bought The Post for $250 million.”

In the past, The Post was bundled with Amazon Kindle Fire tablets but, says WSJ, making it available on Amazon Prime will “potentially give the paper exposure to a much larger audience.”