Results from a new survey show that 41 percent of the adult population of the U.S. have either already tried a virtual reality headset or are interested in doing so. Not surprisingly, the majority of those in that 41 percent fall into the young (18–24 year old) demographic and the majority are male. That’s most likely because VR experiences, up until now at least, have mainly focused on gaming. But the new Kaleidoscope VR Film Festival is highlighting a wide range of content that most likely will interest a broader audience. 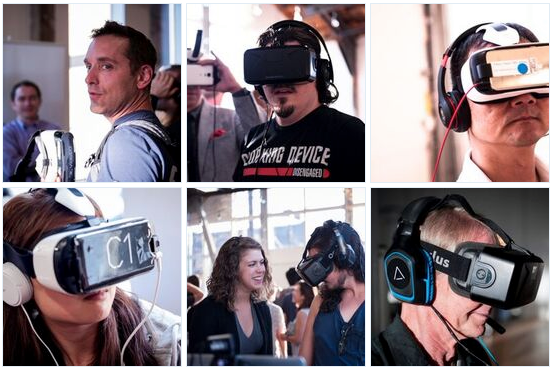 ArsTechnica notes the connection of VR to gaming: 40 percent of men responded they were interested in VR gaming versus 15 percent of women.

But VR isn’t just for gaming, as a recent Virtual Reality Film Festival amply demonstrated. Re/code reports that attendees at a 10-city tour of a festival organized by VR video agency Kaleidoscope and video hosting platform Vrideo had plenty of viewing choices.

The festival featured a mini-documentary about the post-earthquake Nepal, another on warring Syria and a first-person account of the 2005 terrorist attacks on London. More light-hearted content included a Vincent van Gogh-inspired cafe and a cartoon called “Butts” as well as nature and travel videos.

Re/code quotes film festival co-organizer/Kaleidoscope co-founder René Pinnell that virtual reality could become “the dominant art form.” “It’s not a certain thing,” he says. “It’s going to take all of us chasing that thing down, spending long hours, tearing our hair out, trying to figure out how to move people with this medium, to help it reach its potential.”