LG Introduces Virtual Reality Headset That Works with the G3

LG is the latest company to introduce a portable virtual reality headset. The ‘VR for G3’ is a simple plastic headset, which will be given to new buyers of the LG G3 smartphone for free. The headset’s design models that of Google Cardboard. While powered using LG’s smartphone, the headset uses Google Cardboard software and other readily available VR experiences on the Google Play Store (a VR game will be included as a promo). There has been no mention of whether the headset will be independently sold.

“The plastic LG headset operates in much the same way [as Google Cardboard], and contains no processors or screens of its own – offering instead lenses that work with the G3’s quad HD display, as well as a ring magnet controller,” TechCrunch reports. 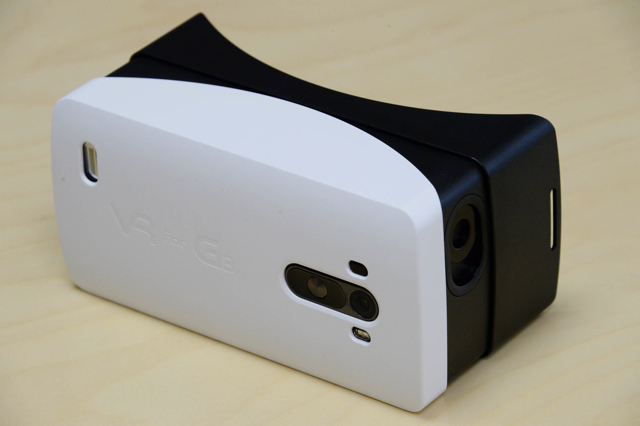 The headset’s design provides easy accessibility to the G3’s camera, volume and power on/off switch buttons. Unlike Google Cardboard, which is held together with rubber bands and velcro straps, the VR for G3 has three main pieces that lock in place, explains The Verge. The headset requires no assembly besides inserting your phone.

Google’s approach to virtual reality, at least with Cardboard, relies on low-end hardware and virtual experiences in smaller doses as opposed to say Oculus’ expensive headset and much more sophisticated VR experiences. LG’s decision to adopt Google’s hardware model and software suggests there is an opportunity that exists in pursuing VR with a more conservative strategy. 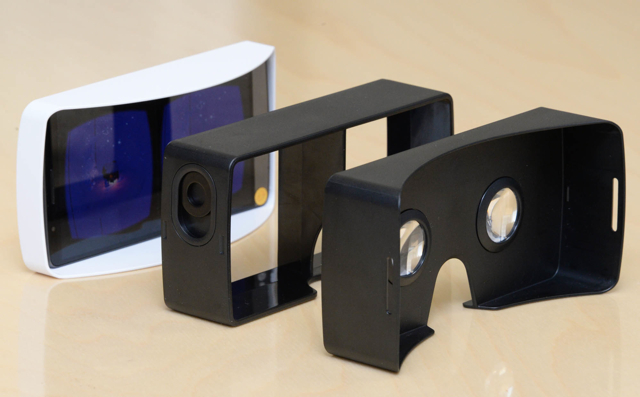 “If there was any doubt that VR will go mass market through phones/mobile devices, this seals it,” said ETC’s Phil Lelyveld.

The free VR for G3 will be available to new G3 buyers only in select markets. For additional details, visit the LG press release.