IMAX announced that it has developed the first fully integrated dual 65mm 4K digital large-format 3D camera. Michael Bay’s latest Paramount Pictures project, “Transformers: Age of Extinction” is the first feature film to use the true 4K stereo camera, which captures both left and right eye images at full 4K resolution. According to the company, the new IMAX 3D Digital Camera system is “smaller, lighter and easier to use than other 3D digital camera systems on the market.”

Due to the compact size of the new cameras, Bay’s production team was able to capture challenging action sequences involving chase scenes and helicopter shots in high-resolution 3D. 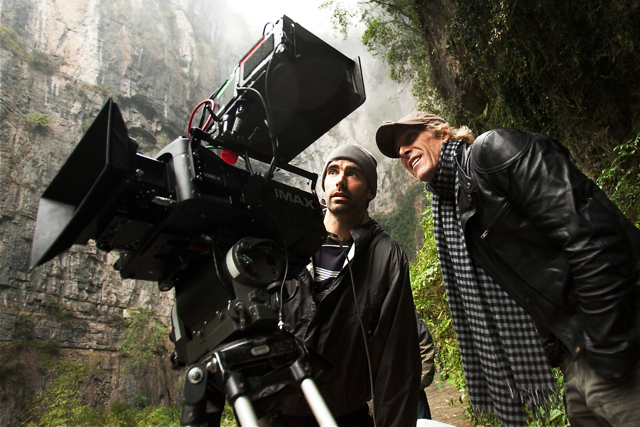 “What’s unique about our 3D Digital Camera is that we use a fully integrated camera system, where the lenses are interchangeable,” explains Mike Hendriks, director of the IMAX camera department, in a video featurette on the new system. “We’re not using a beam splitter rig, which makes our camera very compact. Our lenses literally come off as a stereo pair.”

“We’re blown away by what Michael Bay has been able to do with our new digital 3D cameras,” said Greg Foster , senior executive vice president of IMAX Corp. and CEO of IMAX Entertainment. “With ‘Transformers: Age of Extinction,’ he takes IMAX 3D to the next level — putting moviegoers smack in the middle of the action with the Autobots and Mark Wahlberg as audiences have never seen before.”

“Exclusively in IMAX theaters, sequences filmed with the IMAX 3D Digital Cameras will be presented in a 1.9:1 aspect ratio,” notes the press release, “offering moviegoers 26 percent more of the image than standard cinemas for a truly immersive IMAX 3D experience.”