Interest in Acquiring Flipboard Heats Up with Tech Companies

Reports recently surfaced that Twitter has been in talks this year to purchase Flipboard, in a deal that would value the company at more than $1 billion. The acquisition would bring an experienced product team to Twitter as well as an heir apparent to CEO Dick Costolo in Flipboard co-founder Mike McCue. However, updates to the news have suggested that talks between the two companies have stalled, and other companies, including Google and Yahoo have since had discussions about possibly acquiring the newsreader app. 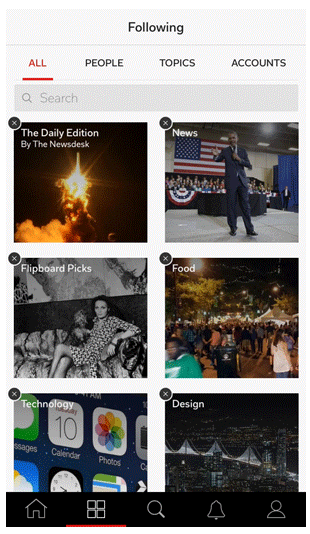 Talks with Google and Yahoo have not yet reached a potential deal value, according to people familiar with the matter, but the Twitter discussions reportedly included an all-stock deal valued at over $1 billion.

While Flipboard is backed by some of Silicon Valley’s leading venture capitalists, the company has experienced recent growth problems and some have argued that the app has limited appeal.

“In its last investment round, it was valued at about $800 million and sources said it has about $50 million in revenue,” reports Re/code. “But people familiar with the company say its user numbers have leveled off recently, in part because its app is no longer automatically installed in Samsung phones.”

Regardless, interest in the newsreader app by major players underscores the increased focus on mobile technologies.

“The talks with Flipboard highlight the push by these Internet companies to make it easier for users on-the-go to consume content,” notes The Wall Street Journal. “Rivals such as Facebook and Snapchat have recently forged partnerships with publishers to show more content within their apps. That trend may be a driving force behind Twitter’s interest in buying Flipboard earlier this year.”