Niko Chauls, director of emerging technology for the USA Today Network, and David Hamlin, executive producer of the “VRtually There” series, sat with ETC’s Phil Lelyveld for a one-hour conversation at CES. USA Today Network has the largest newsgathering force in the U.S., comprised of 109 local properties plus USA Today. Chauls has a near-term goal of delivering 360-degree segments reliably on a weekly basis. He sees a reliable flow of quality 360-degree content as the key to both growing the audience and attracting advertising sponsors. Hamlin would like to gear his team up to deliver three stories per week. He reiterated that it is good storytelling that builds the audience and attracts advertisers.

Hamlin has so far released 12 episodes of “VRtually There” in partnership with Google/YouTube. Other content is available on Samsung Gear VR. The most recent episodes had one million views within 48 hours of release on Facebook. 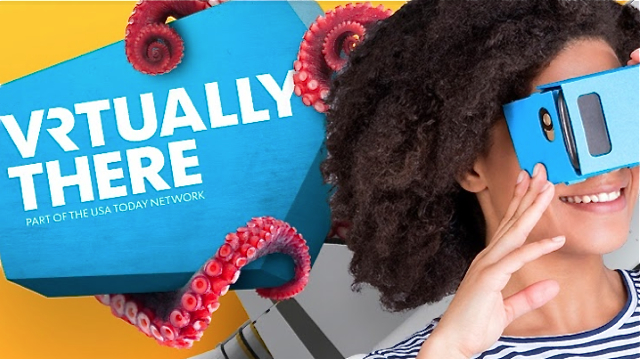 Chauls pointed out that The New York Times, immersive media company RYOT, VR content provider Within, and others are producing excellent VR news pieces, but they release them infrequently. A reliable distribution cadence will encourage people to develop viewing habits and help build the audience.

Revenue from USA Today Network’s VR content comes from title card ads, mid-roll ads, and branded content segments. USA Today Networks created an in-house ad team focused on revenue generation from virtual, augmented and mixed reality. Without giving specifics, Chauls said that revenue is small but growing. His team authors to optimize the viewing experience on a variety of platforms, but the aggregated viewer statistics from all platforms are what matter to him and the advertisers. 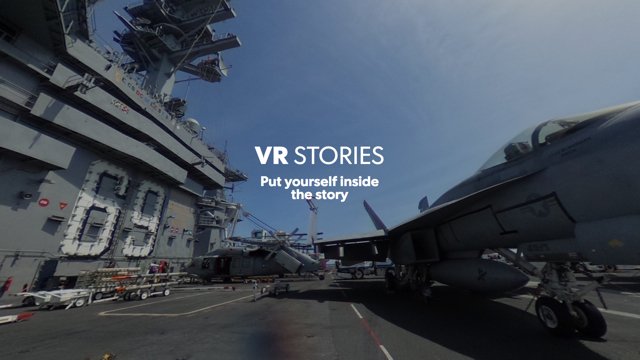 The USA Today VR app runs on both iOS and Android mobile VR devices now. Chauls plans to upgrade it to run on high-end HMDs (Oculus Rift, HTC Vive) this year, as well as transition from 360-degree video to more interactive VR content production. They live-test all of their segments before release; ever mindful of the rapidly changing resources and expectations of their audience.

Chauls would like the industry to stop talking about VR and AR as separate things. He sees them blending together as his team’s skill sets evolve. “The place we’ll differentiate ourselves is storytelling,” he said, “not technology.”

When asked about what he’d like to see standardized, Chauls listed cameras that just work, an audio workflow that isn’t proprietary, audio tools that are stable products rather than rolling beta releases, and a common language — or at least a standard API — for handheld control devices.