Now in its ninth year, the Aspen Ideas Festival (June 26-July 2) gathers thought leaders from a wide range of areas such as economics, policy, environment, science, education, arts, global affairs and philosophy. Presented by the Aspen Institute and The Atlantic, this year’s event includes discussions on a number of compelling media topics. We’ve gathered some of the more interesting quotes from leaders in social media, film and television, online distribution and more.

The links below will take you to related posts on The Atlantic. Full coverage is available on the publication’s Idea Report page. 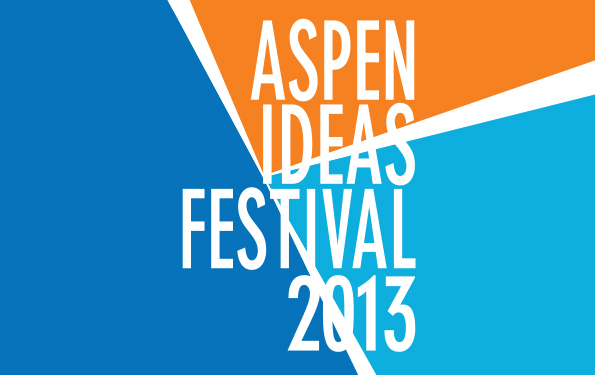 James L. Brooks on binge-watching TV: “I did ‘The Wire’ on a binge — I think it was 60 shows, something like that — so it was a real binge. It’s a different experience, and I think it’s a richer experience. When you’re surrounded by it, when you go to sleep and wake up and experience it again, and that happens again and again, you can immerse yourself in it; you can become part of it. It’s like with great literature, what a reader brings to it, when they’re that immersed in it, when the book starts having an effect on them. There’s a very different trip that is becoming a very common trip, and I think it’s changing everything.”

Michael Lynton, CEO of Sony Corporation of America and Sony Entertainment, on the shift in programming away from the traditional 13-hour season: “What’s returning in my opinion is the miniseries… You saw it with ‘Hatfields and McCoys.’ And you saw more recent examples with other quality versions where you say to the consumer, ‘You don’t have to devote five years of your life, you don’t even have to devote a year of your life. All of you have to give us is six hours, eight hours.’ Great writers and directors will respond even better to a six-hour or eight-hour story arc than they would over committing their life to five years of 13 hours.”

Ted Sarandos, chief content officer at Netflix, on the creative process: “We’re active in the process of creating, but with a very soft touch. We give data input in terms of casting, you know, this person is more popular than that person among our viewers, so all else being equal, go this way. But we give very few creative notes. We use our business instincts and our data to pick the best people to tell the best stories, and then let them do it. If you watch ‘Arrested Development’ on Netflix, you’ll notice it is 15 episodes, which is an unusual episode count, every episode is an unusual running time, because I don’t think there is a uniform time in which you must tell stories… People tell me a comedy should be 22 minutes. That’s ridiculous.”

Michael Eisner on crowdfunding service Kickstarter (who was asked his opinion while seated in the audience): “I think it’s complicated — and I think it’s only positive… I don’t think it hurts the creative process in the traditional movie/television/publishing business — I think if anything it helps.” If “there is a place where intelligent people are creating ideas — if you’re any good at the traditional movie or television or publishing business — that’s a source of creativity.”

Reddit founder Alexis Ohanian on how we experience online ads: “What is fascinating to me is that social media is a great thing for companies making great stuff. The companies that have the most to fear from this change are the ones that are doing a shitty job. Word of mouth has always been king — water coolers used to be really small. You’d have a discussion around the office about something, but today that water cooler is the Internet. Honest discussions from honest people about products and services now spread. Those are the things that tend to shape people’s opinions.”

Ohanian on interacting with people who are not your friends: “Facebook makes me hate the people I know, and Reddit makes me love the people I don’t.” He added, “the more we can do to expand beyond our friend network, the more we can expand to understand people all over the world we might not necessarily interact with, I want to invest in that.”

Twitter CEO Dick Costolo on tweets as a new art form: “Sometimes I get asked, ‘Don’t you feel that the 140 characters has meant that people don’t think about things deeply anymore?’ The reality is that you don’t look at haiku and say, ‘You know, aren’t you worried that this format is going to prevent people from thinking deeply when you can only use this many words and it has to be set this way?’ I think that people develop language for creatively communicating within whichever constraints you set for people.”

Costolo on Vine: “The beauty of Vine, we thought, is that like Twitter, the six seconds would create this entirely new artistic language. That super tight constraint would mean people would have to be creative in all sorts of new ways that they hadn’t had to be creative before when they thought about free-form video.”

Washington Post blogger Ezra Klein in his argument against using Twitter to access news: “This will be the part that makes people mad and that makes me decidedly ‘unfuture’ of media: I really try not to get my news from Twitter, which has a reputation as a place where people go and find lots of great news. I find it a place you go to find, I guess, your barbecued potato chips.”

Flipboard founder Mike McCue on the influence of Apple from a design perspective. “When I sit down in front of an Apple product, I feel like whatever work I’m doing needs to live up to the design of that Apple product. It inspires me… It’s kind of the new blank sheet of paper. When you sit down in front of an Apple product, you feel like you’re working with the best paper, the best materials — and now it’s up to you as a craftsperson to do something great.”