IMDb, the Internet Movie Database owned by Amazon has teamed up with Paramount Network (formerly Spike TV) to launch its first Alexa skill. The Flash Briefing is a customizable news alert that gathers information from several online sources; the “What’s on TV” Flash will also list the airtime and network information of the day’s top five trending TV shows, as rated by IMDb page views. The user activates the briefing by saying, “Alexa, what’s my Flash Briefing?” Amazon banned ads in Alexa skills except for Flash Briefings and within music.

VentureBeat reports that, “officially, the IMDb Flash Briefing is ‘presented by Paramount Network’, which seemed to suggest that all recommendations would hail from the network’s own TV shows,” although that is not the case. Instead, if one of its shows is airing that day, Paramount Network will have a “featured placement” in the Flash Briefing. 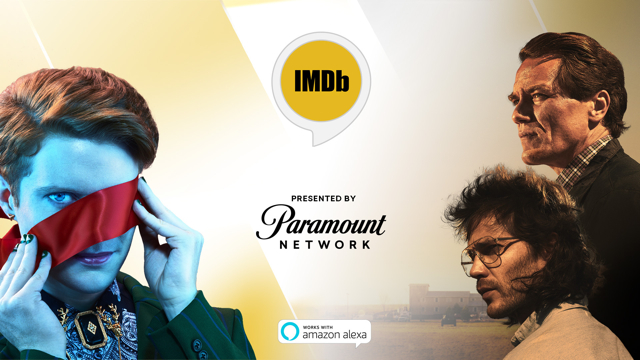 Amazon bought IMDb, which began as a hobby more than 25 years ago, in 1998 and, “alongside Rotten Tomatoes, it’s one of the most popular online repositories for information on all things film and TV.”

“As we launched Paramount Network, we were looking to align with brands that would help us deliver innovation to the marketplace in support of our exciting new slate of shows,” said Paramount Network senior VP of marketing Anhelo Reyes. Amazon already allows Alexa users to ask for ratings for movies and TV shows.

The news that Amazon is “now dabbling with ads within the Alexa ecosystem … comes a month after a CNBC report suggested that Amazon was ramping up plans to monetize Alexa through sponsorships within skills, with the likes of Procter & Gamble and Clorox reportedly involved in talks with Amazon.” The partnership with Paramount Network could be a bellwether for how Amazon plans to do so moving forward.