HUD Tech Turns Your Car Windshield into a Computer Screen

This year’s Detroit Auto Show showcased a number of vehicles equipped with heads-up-display (HUD) technology that allows drivers to view their speed, range and directions while driving without having to take their eyes off the road. The HUD projections are displayed at the bottom of the windshield in a driver’s line of sight. The HUD technology, which is already available in some Toyota, Mazda and Hyundai models, is expected to become available from additional automakers in the near future.

“A HUD… would be free of ‘check engine’ and ‘change oil’ lights, and only display the alerts a driver might need at any given moment,” Businessweek reports. The technology aims to be much less of a distraction than looking for information on a vehicle’s dashboard screen or mobile phone (see Hyundai example below). 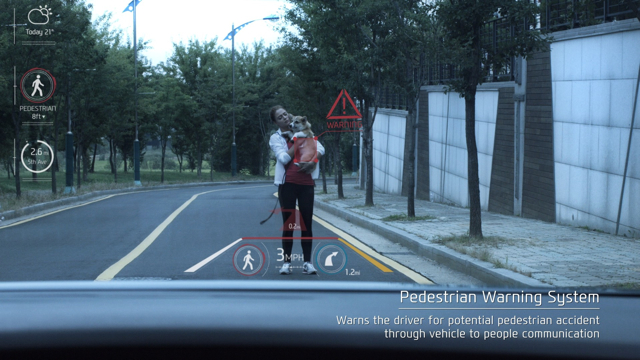 “In 2010, people bought just 380,000 car HUDs worldwide, meaning about 0.5 percent of vehicles sold that year were equipped with the feature, according to market researcher IHS,” notes Businessweek. “This year, that total is expected to jump to 2.3 million, and by 2021 it could reach 11 million, according to IHS analyst Mark Boyadjis.”

Interestingly, GM outfitted an Oldsmobile Cutlass Supreme with the a basic version of HUD back in 1988. The automaker only recently brought back the technology to some of its Cadillacs and Buicks.

Today’s drivers expect a lot more from their vehicles. Newer cars come equipped with software-driven features to prevent accidents, assist navigation and much more. The challenge for software developers of HUD tech is to create features that can deliver on evolving expectations.