Los Angeles-based startup Hive Lighting has developed energy-saving plasma lights intended to make film and television production more energy efficient and environmentally friendly. Although Hollywood has launched initiatives in recent years to make the industry more green, it has been a challenge transitioning to productions that use less energy and minimize pollution. Hive’s plasma solution can potentially lower on set energy usage by 50 percent and power costs by 40 percent. 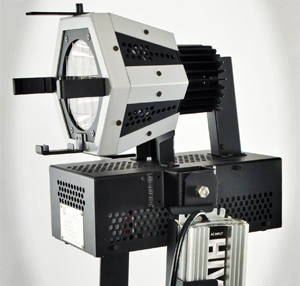 “Plasma lights, more often used in street lamps and medical imaging, breeze past the color-quality problems in LED lights,” reports The Los Angeles Times. “They last as much as 30 times longer than conventional hydrargyrum medium-arc iodide lights — a perk on months-long film shoots with 18-hour days.”

Jay Hunter, director of photography on Joss Whedon’s “Much Ado About Nothing,” used the new lights when the indie budget required to shoot without a generator, but he did not allow them to completely replace the other lights.

“Hunter said his decision to use Hive’s lights was less about saving the planet than it was playing with new technology while saving money,” notes the article.

“No one’s going to give me an award or hire me in another job because I saved the production 1,000 gallons of fuel in the generator and didn’t use as many light bulbs,” he said.

Hive is exporting plasma lights to Australia, Brazil, France and Germany. They have also been used on the sets of “The Mentalist” and “CSI: Crime Scene Investigation,” for the red carpet at this year’s SXSW festival, and will be used during next month’s swimming competition at the International Paralympics World Championships in Montreal.