Consumers Can Select Viewing Angles for Sports and Concerts

The new OmniCam360 camera system uses a collection of cameras to create multiple angles for live televised events such as soccer matches and music concerts. The system provides viewers with the option to choose their viewing angle, including a 360-degree view of the event. The camera was developed at the Fraunhofer Institute for Telecommunications in Berlin, Germany. Viewers can use a computer, tablet or smart TV in order to select views via their virtual cameras in real-time. 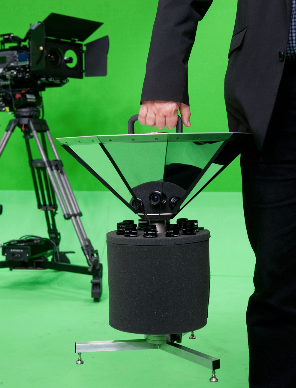 The camera is small and relatively lightweight, weighing about 33 pounds. It is fairly portable and not larger than a typical television camera.

The OmniCam360 contains ten smaller cameras that are arranged in a star shape to face different angles, not just different directions. The device also has a mirror system that captures images or video to create panoramic views.

Fraunhofer researchers designed the camera system with individual cameras to overlap by a few pixels, explains the press release. Software is then used to combine any captured images without any noticeable seams.

“By means of optimized design, we’ve managed to do away with time-consuming calibration — and we’ve dramatically reduced the size,” explains Christian Weissig, project manager at the Fraunhofer Institute. “This also allowed us to make the OmniCam a fraction of the weight of its predecessor model.”

Researchers at the Fraunhofer Institute are planning to demonstrate the OmniCam360 during music concerts. The camera will be used to record a live concert of the Berlin Philharmonic in September.