Google released an end-of-year rundown that measures the most popular apps on its Play Store. This year’s fastest growing app category has been health and fitness, led by diet tracker MyFitnessPal. With 100,000 mobile health apps available now for Android and iOS, the global health and fitness app market is worth about $4 billion. In other categories, Facebook topped social, Netflix was the leader in entertainment, Pandora was the most popular music app, and Flipagram led the photography category. 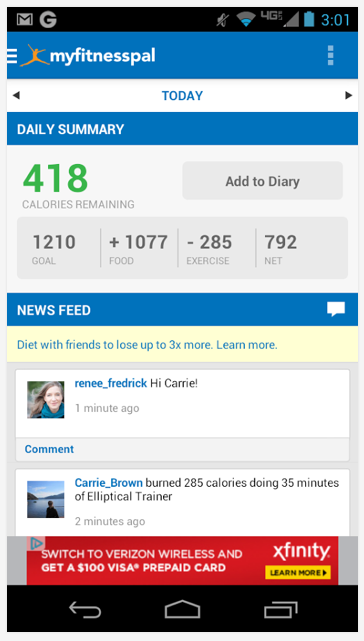 “Over the past year, Google has launched Google Fit, Apple gave us Health, and Microsoft followed them both up with Microsoft Health,” reports Digital Trends.

“That’s before we even look at how many new fitness wearables hit the shelves this year, plus the many crowd-funded campaigns trying to identify even more niche health markets. Manufacturers and developers alike are keen to keep us healthy.”

Figures published recently on the mHealth app suggest the $4 billion global health and fitness app market will grow to $26 billion by 2017.

Meanwhile, other app categories are also thriving on Google Play. According to the Official Android Blog, NFL Mobile topped the sports category, TripAdvisor was the favorite under travel, and Duolingo led the charge in education.

The movie of the year was “Frozen” and the most downloaded game was “Candy Crush Saga.” “The Walking Dead” was the TV show of the year.