Google is getting closer to creating a headset ideal for augmented reality, according to knowledgeable sources. The company established a team to develop a VR headset that doesn’t require a computer or smartphone, and now is reportedly integrating eye tracking and sensors/algorithms that will map out the real-world space in front of a user. In related news, Google bought eye-tracking company Eyefluence. The headset under development is separate from the company’s recently debuted Daydream VR platform.

Engadget says that sources also “confirmed that Movidius, an AI company currently being acquired by Intel, is providing chips that will aid in tracking motion and positional awareness.” The Drum also reports that the FCC is in the process of approving a “wireless virtual reality” device, with Google’s VR group director of product management Mike Jazayeri listed as the device’s contact. 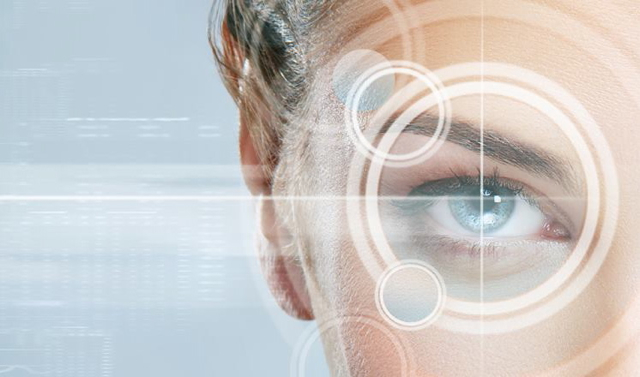 TechCrunch explains how Google’s purchase of Eyefluence (image above), which specializes in eye-tracking, is an important step. The startup was founded in 2013 and raised $21.6 million from Intel Capital, Jazz Venture Partners, Motorola Solutions Venture Capital and NHN Investment.

The company’s nascent technology lets the users’ eye movements serve as a mouse to make selections. Although other companies (such as SMI and Tobii) use “the eye as a method of signaling attention in interfaces,” Eyefluence focuses entirely on “eye gesture cues for navigating menus and making selections.”

Engadget points out that Google is not alone in pursuing a headset suitable for augmented reality; Microsoft is developing its HoloLens headset and Magic Leap (in which Google is an investor) is also engaged in what it dubs “mixed reality.” Magic Leap’s solution generates “a digital light-field signal that can apparently create a better illusion of depth than HoloLens.”