To better compete in the mobile space, HP plans to adopt Google’s Android operating system for a number of upcoming mobile devices. According to two sources familiar with the matter, the company’s first scheduled Android device will be a high-end tablet featuring NVIDIA’s new mobile Tegra 4 chip, announced at CES in January. The move marks a significant win for Google, adding a major partner to the Android ecosystem. 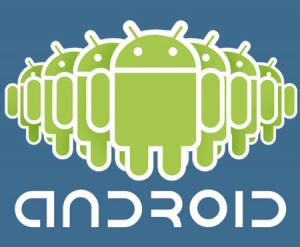 “Sources also say that HP is currently exploring the launch of an Android-powered smartphone, but recent comments from CEO Meg Whitman indicate HP will not offer a mobile phone this year,” reports ReadWrite.

“HP declined to comment on its plans, but the news of such a tablet shouldn’t come as a big surprise,” suggests the article. “HP has been toying with Android devices since 2010, and some might remember the mysterious TouchPads that shipped with Android installed instead of webOS. Most recently, HP has teamed up with Google and released its own Chromebook.”

Having HP as a partner could potentially help Google with the move toward the desktop PC market.

“HP supporting Android at this point in time is deeply strategic,” said Ben Bajarin, principal analyst with Creative Strategies. “As any vendor who has history in the PC industry knows, it can be rough when you are completely dependent on only one OS platform provider.”

“It worked out well during the PC growth period because Windows was the standard computing platform. That is no longer the case when it comes to mobile computing where Android is the leading licensable mobile OS platform,” said Bajarin. “The reality is that if HP, or any vendor for that matter, wants to have a relevant tablet/mobile strategy, it has to include Android.”