FCC chair Ajit Pai yesterday outlined his proposed changes to net neutrality rules and the federal regulation of ISPs. Pai is calling for high-speed Internet service to no longer be classified as a public utility, as a counter to policy approved under the Obama administration intended to treat the delivery of all online content equally. Pai’s proposal would lessen new rules and largely leave policing to the industry. He believes strict regulation of telecom, broadcast and cable companies is detrimental to business and innovation. However, his proposals will likely face resistance from companies and advocacy groups that fear such changes would result in broadband providers awarding unfair accommodations to specific news and video sites.

Two years ago, the previous FCC administration approved rules governing net neutrality in an effort “to ensure an open Internet, meaning that no content could be blocked by broadband providers and that the Internet would not be divided into pay-to-play fast lanes for Internet and media companies that can afford it and slow lanes for everyone else,” reports The New York Times.

While Pai supports the philosophy behind net neutrality, he believes that the existing rules are too excessive and are not necessary to ensure an open Internet. 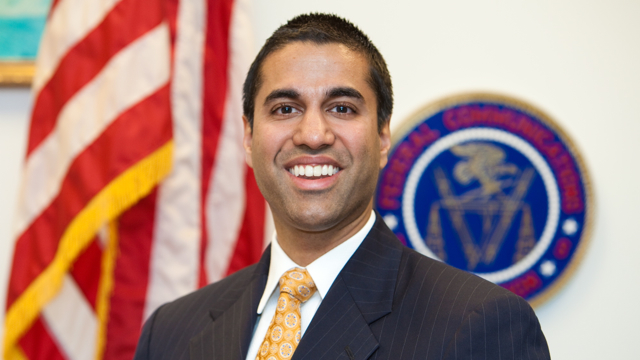 “Two years ago, I warned that we were making a serious mistake,” Pai said during yesterday’s speech at the Newseum in Washington. “It’s basic economics. The more heavily you regulate something, the less of it you’re likely to get.”

After President Obama publicly pushed to classify broadband as a common carrier, former FCC chair Tom Wheeler initiated the change, which “also led to the creation of broadband privacy rules in 2016 that made it harder to collect and sell browsing information and other user data,” notes NYT.

The privacy regulations, originally scheduled to take effect at the end of 2017, were overturned by President Trump last month.

Since Republicans now have a 2 to 1 majority on the FCC, Pai’s proposal is expected to pass. However, months of revisions are likely, and “consumer groups and tech companies have warned of a legal challenge.”

Google and Netflix have been staunch supporters of net neutrality and, through the Internet Association, have pushed to keep broadband and net neutrality rules intact.

“Rolling back these rules or reducing the legal sustainability of the order will result in a worse Internet for consumers and less innovation online,” said Internet Association chief exec Michael Beckerman.

The Wall Street Journal points out that in addition to facing pushback from major Internet companies such as Facebook, Google and Netflix, Pai’s proposal will likely face a number of “vociferous activists,” including Free Press and Fight for the Future.

In addition, Pai’s announcement encouraged a group of more than 800 tech startups to draft a letter denouncing the plans. According to TechCrunch, the letter was “spearheaded by Y Combinator, Techstars and Engine,” representing “a massive swath of tech’s net neutrality supporters, from investors and incubators to startups and code schools.”

“The success of America’s startup ecosystem depends on more than improved broadband speeds,” the letter reads. “We also depend on an open Internet — including enforceable net neutrality rules that ensure big cable companies can’t discriminate against people like us.”

Meanwhile, in support of Pai’s plans, “Wireless and cable companies have been urging a rollback, fearing net neutrality could lead to full-scale rate regulation,” explains WSJ. “They’re putting everything they’ve got into the rollback effort and they can be expected to engage K Street lobbyists, launch big advertising campaigns and pour money into the campaigns of political supporters on Capitol Hill.”