Facebook debuted the Facebook Surround 360 camera for 360-degree video and VR at its F8 conference this week. The company will also freely share its hardware schematics and complex stitching software via GitHub this summer. Others share Facebook’s vision of virtual reality, including Nokia, Jaunt and Google, all of which built their own 360-degree cameras. But Facebook, by open-sourcing its plans, says chief executive Mark Zuckerberg, furthers its central mission of connecting everyone in the world.

Wired notes that Facebook’s mission leads the company down some seemingly “strange and unrelated” paths. “But they’re actually incredibly focused in terms of the mission,” Zuckerberg says. “The real goal is to build the community. A lot of times, the best way to advance the technology is to work on it as a community.” 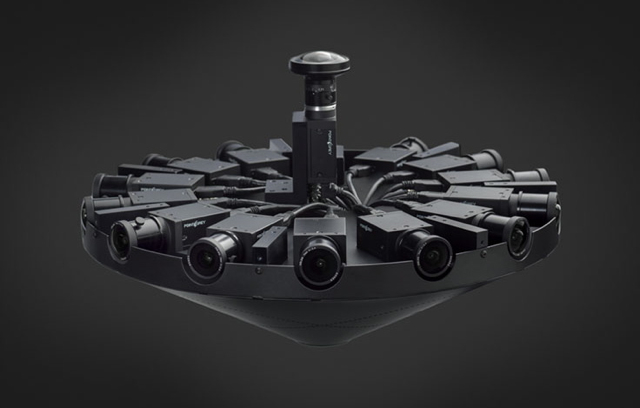 Giving its technology away is something the company did five years ago when it started open-sourcing specialized software for “sweeping database and analysis tools like Cassandra and Hadoop” as well as computer servers, networking gear, and data centers.

More recently, Facebook began giving away designs for drones, communication lasers and wireless antennas, all of which is a way of bringing the Internet to those who don’t have it. The end game, of course, is that by expanding use of Internet, it can expand the use of Facebook. By giving away the designs for the new 360-degree camera, hopes Zuckerberg, he can jumpstart the adoption of 360-degree video, which will help turn Facebook into the hub of 360-video and VR.

The 360-degree videos are a bridge, says Wired, “to the kind of full-fledged virtual reality Facebook plans on offering through the Oculus Rift.” Facebook chief product officer Chris Cox notes that, “We do not have ambitions of getting into the camera business. But we did observe that there wasn’t really a great reference camera that took really nice, high-resolution, 3D, fully spherical video.”

On the Facebook “Code” page, engineer Brian Cabral, who headed up the team to build the Surround 360, says the goal was to create “a camera that’s not only capable of high-resolution spherical video but also durable and easy to use.”

He describes Facebook’s thinking in designing the hardware and software, and digs into the specifications. For example, the system exports 4K, 6K and 8K for each eye, using its custom Dynamic Streaming technology for the 6K and 8K videos; the 8K “doubles industry standard output.”

“We believe that we were successful in creating a reliable, production-ready camera that is a state-of-the-art capture and stitching solution,” he writes. “But we know that there is more work to be done.”