Facebook’s growth in mobile advertising revenue contributed in part to a surprising second quarter return this year. The social network’s large user base and scalable mobile advertising platforms have become major attractions for advertisers. The company has been taking advertisers more seriously in ad platform development and is working closely with them to understand their needs. As a result, advertisers are becoming more comfortable with Facebook. 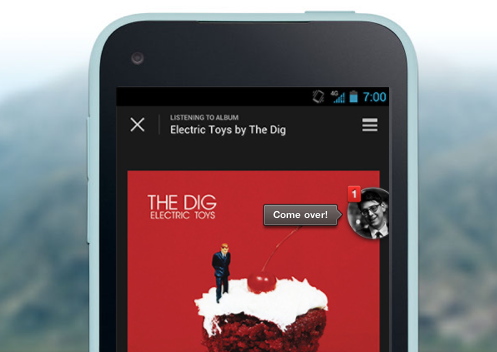 “The service has improved and the company is a more attentive to advertisers now,” said Adam Shlachter, senior vice president of media for DigitasLBI, a digital ad agency. “A year or two ago, the company was a little difficult to work with because they were growing so fast and there was inconsistencies with its service.”

A year ago, Facebook did not have a significant presence in mobile advertising, but in the last quarter mobile advertising was 41 percent of the company’s ad sales, explains The Wall Street Journal. Shares responded by increasing by 30 percent on Thursday.

The fact that Facebook is one of few online outlets with a large audience is an attraction for the increasing numbers of advertisers that want to spend in mobile. Mobile ad spending is expected to grow 75 percent to 7.7 billion within the U.S., according to eMarketer.

Facebook is demonstrating that it is an effective advertising platform. It now works with Datalogix, which identifies users who have be shown an ad on Facebook, then collects credit card and purchasing information to find if they bought the item.

Later this fall, Facebook is expecting to debut video advertising that runs in the news feed and will be limited in their frequency, reports people familiar with the plan. However, advertisers are concerned that such ads will be rejected by consumers.

Advertisers caution that Facebook must balance the user experience and revenue. However, Mark Zuckerberg says that the company is aware of its users’ opinions regarding ads.