Expect an Emphasis on Privacy and Security at SXSW Festival

The SXSW Music, Film and Interactive Festival kicks off in Austin, Texas today. The interactive portion of the conference, now in its 21st year, has grown to hundreds of sessions. Privacy, security, wearable tech, the Internet of Things and 3D printing are expected to be hot topics. On Monday, the show will host a conversation between NSA whistleblower Edward Snowden (via videoconference) and Christopher Soghoian of the American Civil Liberties Union. Julian Assange, founder of WikiLeaks, is also scheduled to speak.

With attendees registered from 74 different countries (up from 54 last year), a foreign influx is expected to provide the show with an international flavor. Hugh Forrest, director of the interactive portion of SXSW, anticipates an emphasis on privacy, online security and surveillance. Historically, the show’s technology programming has focused largely on social media. 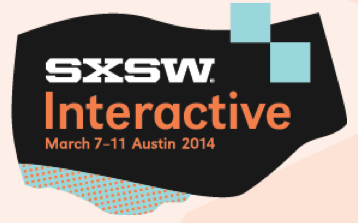 “It’s okay if there isn’t a hot new app,” said Forrest. “The dark side of social media means this is a time for a conversation and debate on how we should move forward.”

While SXSW has traditionally been a marketing event for social media companies such as Twitter, Foursquare and GroupMe, this year many of them are passing.

Attending the “festival has long been about discovering the next big thing,” notes The New York Times. “It is where many tech enthusiasts learned to use a new messaging service called Twitter. It was the first place many heard Facebook’s Mark Zuckerberg speak. But this year, conference attendees may have to think a little more globally. Many Silicon Valley companies aren’t making the trip. Instead, the nifty new thing that captures the attention and social calendars of attendees could be from South Korea, Brazil, Europe or Africa.”

And while South by Southwest has long been a haven for music and film fans, it “has increasingly become known as a geek hotspot” marked by drama playing out in the tech world, reports Variety. “While the music and film portions of SXSW may foster creativity, they’re generally not known as pot-stirring events. Interactive speakers, on the other hand, haven’t been afraid to shake things up.”

The article cites previous speakers including columnist Michael Wolff, who “delivered a profanity-laced keynote about the evils of advertising;” Microsoft researcher Danah Boyd, who “raised eyebrows when she called out Facebook and Google for not respecting the value of privacy;” a negative social media flurry that led to heckling during an interview with Facebook CEO Mark Zuckerberg; and social outpour against former Twitter CEO Evan Williams during a “similarly superficial” keynote.

However, similar drama is not anticipated this time around. “We have simply become a lot more aggressive in trying to prepare our keynote speakers for what they can expect, having learned from our mistakes with the Zuckerberg thing and the keynote with Ev Williams after that,” said Forrest.

In related news, for any of our readers planning to attend the festival, customized Oreo cookies will be available created with high-tech vending machines akin to 3D printing.

“Mondelez International, the food conglomerate that owns Oreo, says a display on the machine allows users to see what flavors are trending based on social conversations on Twitter,” reports The Wall Street Journal. “Users have twelve choices of crème flavors and colors for their cookies, which are assembled as they watch.”

SXSW runs March 7-16. ETCentric will have more news from Austin next week.