OnLive, a startup that provides users with online video game streaming, is shifting its strategy to allow users to play games that are purchased from other services, as well as access games without being connected to the Internet. OnLive’s original goal was to enable users to play sophisticated games over the Internet, and eliminate the need to buy hardware or install software to play them. OnLive’s service could be compared to Netflix, but for video games instead of movies.

The only drawback of using OnLive is that customers enjoy owning a game to be able to access it without an Internet connection, and to be able to play it on multiple devices. 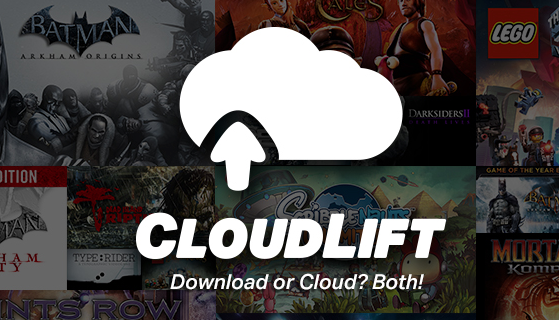 Therefore, the company is announcing “a new subscription service called ‘CloudLift,’ which forges links between OnLive’s service and Valve’s Steam, a popular service that gamers use to buy and download games,” reports The Wall Street Journal. “The arrangement makes it possible to save games in the cloud so that people can, say, start playing a game stored on their PC at home and continue playing later at the same point on a different device through the streaming service.”

The cost of CloudLift will be $14.99 per month after an initial seven-day free trial. OnLive said the service will initially support 20 games, but plans to expand the database in the next few months.

“OnLive also plans to offer its game streaming services to developers,” notes the article. “The new service, called ‘OnLive Go,’ will allow companies to offer the company’s streaming services to play large Internet-connected games, such as Linden Lab’s virtual world title, ‘Second Life.’ The allure, OnLive said, will be offering access to these large-scale videogames without a PC or the need to download large application files.”

While OnLive will continue offering its original service, “PlayPack” for $9.99 per month, they will focus on promoting the new CloudLift service in the upcoming months.