Nokia and Disney announced a partnership whereby Disney filmmakers and marketing teams will use Nokia’s 360-degree OZO virtual reality cameras to create VR content across all the studio’s brands. The studio has already used the OZO for two promotional pieces for “The Jungle Book,” one of them a 360-degree roundtable interview with director Jon Favreau and the cast, the second a red carpet experience at the film’s Los Angeles premiere. Other Disney brands that could use the OZO are Marvel and Lucasfilm.

The Verge quotes Nokia Technologies president Ramzi Haidamus that “VR tie-ins are becoming as much of an expected part of movie promotion as websites or social media accounts.” Haidamus reports that Disney is using the OZO to shoot behind-the-scenes footage on an upcoming production. 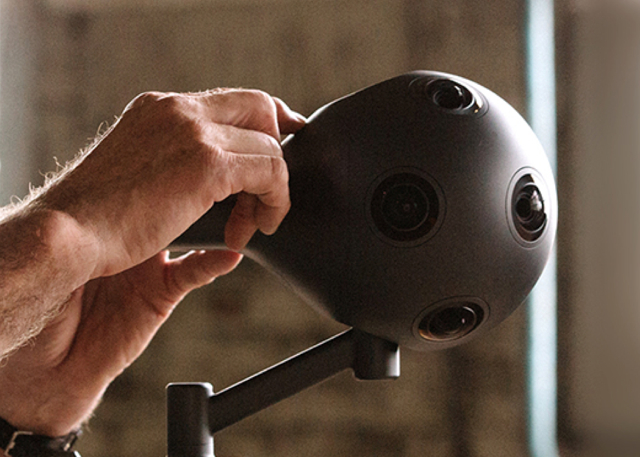 At NAB 2016, Nokia highlighted 360-degree live-stream capabilities and a partnership with audio company Steinberg “that will improve the OZO’s potential both in post-production and live applications.” YouTube and Facebook are also focusing on 360-degree video; The Verge debuted YouTube’s first 360-degree live performance.

“We’re taking on virtual reality as one of our core businesses, so OZO is the first step in many, many steps towards a global ecosystem play in virtual reality,” said Haidamus, who calls OZO “the only camera today that is purpose-built for VR at this professional level.”

Nokia plans to expand its product line, to create a prosumer model of the OZO that will compete with products such as GoPro’s VR camera rigs, which are priced at $5,000 to $15,000. “I can’t really say right now when the launch date is, but it’s not years out,” Haidamus said. “It cannot be when this market is taking off right away.”