DirecTV just released its first virtual reality app, BKB VR, which stands for Big Knockout Boxing. Not for use with live games, BKB VR will display the event held on June 27 at Las Vegas’s Mandalay Bay, which was recorded in 360-degree video. Available for Google Cardboard and Samsung Gear VR headsets, BKB VR can be downloaded on Google Play for Android phones and the App Store for iPhones. The fight footage is also available via Samsung’s Milk VR service and the Oculus Store. 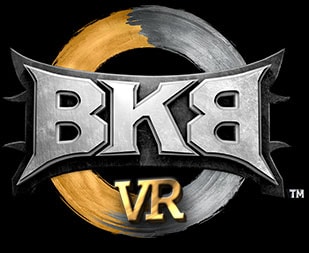 According to Multichannel News, BKB VR users can pick highlights and close-up camera feeds that were filmed by a five-camera set-up.

“We know that VR can be a deeply engaging entertainment medium,” says DirecTV executive Jon Molod. “It delivers a compelling sense of ‘being there’ that’s unmatched by any other technology. We believe that much of VR’s growth will be mobile driven. As the technology evolves we hope to find new ways to use VR to enhance not just BKB, but all sports experiences.”

BKB boxing, developed by industry veterans and licensed by the Nevada State Athletic Commission, differs from conventional boxing in that bouts take place in a pit with no ropes, forcing fighters to stand their ground in a more intimate environment, in shorter and fewer rounds. It “was designed to deliver bigger action and more knockouts,” according to the BKB site.