Camera manufacturer RED Digital Cinema plans to release a smartphone, dubbed Hydrogen One, that the company is calling “the world’s first holographic media machine.” Due to ship in the first quarter of 2018, Hydrogen has been introduced with a limited number of specifications. RED is marketing the camera as ready for virtual reality, augmented reality and mixed reality, with a 5.7-inch “professional holographic display” featuring nanotechnology that switches between 2D, 3D and holographic content.

According to Forbes, Hydrogen One, which the company describes as “a standalone, full-featured, unlocked multi-band smartphone using Android,” will go for $1,595 in Titanium and $1,195 in Aluminium, prices that do not include tax or shipping. 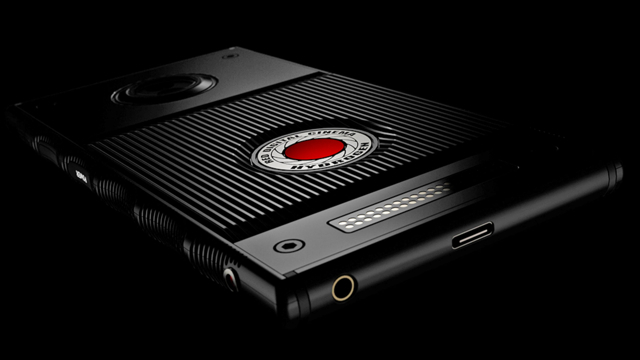 A RED PDF says Hydrogen One will also be able to “play 2D content on the screen normally at full-screen resolution, display holographic RED Hydrogen 4-View content in the H4V file type, and play stereo 3D files.” The phone will also come with a USB-C cable and charger and offers a microSD card slot.

But the company has not provided any information on the smartphone’s camera. “It could be an amazing new device for creators, perhaps with 4K, 6K or even 8K video shooting capability” as well as “the possibility of RED’s color science and dynamic range.”

The Verge notes that the phone “sounds like some sort of mix between the gimmicky visual trickery Amazon offered with the Fire Phone and the glasses-less 3D displays like the ones found on the Nintendo 3DS.”

RED founder Jim Jannard won’t go into the details of the technology except to say it is not lenticular, “which is inferior tech in every way.” RED does say it has an algorithm to convert stereo sound into what it calls multi-dimensional audio, and that the phone “will allow for modular attachments, similar to those found on the Moto Z line or Essential Phone.”

RED also says that, “the phone will work (somehow) with RED’s extensive lineup of digital cinema cameras.” Both Forbes and The Verge emphasize, however, that RED says the phone’s design may change and that the company may not be able to fill all orders on time nor guarantee the price or offer modular attachments at launch.