Comcast to Roll Out its Xfinity Prepaid Services in Five States

Later this year, Comcast will debut a prepaid service similar to the plans wireless companies use to attract low-income households. Dubbed Xfinity Prepaid Services, the customer can buy TV or Internet services for seven or 30 days at a time, with a one-time equipment set-up fee. Upon completion of the term, the user can renew the service with no limitations. Xfinity Prepaid Services will first be available in Illinois, Michigan, Georgia, Florida and Indiana. Comcast will extend the service to all its customers by end of 2017.

According to The Wall Street Journal, Sprint’s pay-as-you-go wireless brand Boost Mobile will offer Xfinity at its 4,400 locations within Comcast’s territory by the end of 2017; Comcast did not reveal the financial details between the two companies. 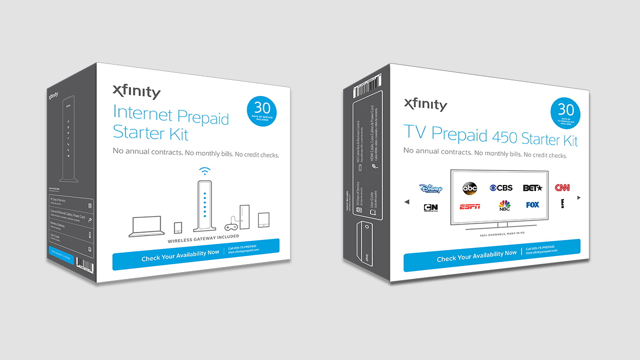 “We want to create an easy, pay-as-you-go option for people who want more flexibility and predictability when buying our services,” said Comcast Cable executive Marcien Jenckes.

Whereas these customers would ordinarily gravitate to an over-the-top solution, Xfinity makes it possible for them to receive cable. But whether or not a prepaid service might actually encourage cord cutting is unknown. “Certainly that is a possibility, but I don’t think that is our expectation,” said Comcast spokesman Steven Restivo.

In addition to people with tight monthly budgets, the prepaid service could be an option for consumers with vacation homes or consumers who want to access cable for specific events, adds Restivo, who notes that prepaid customers will not be included as subscribers in quarterly earnings. But he believes it is “probably more of a play for the younger demographic that doesn’t want to sign up for full-time services.”

According to BTIG analyst Rich Greenfield, the plan will not only “grow Comcast’s low-income subscriber base,” but also “create some goodwill for Comcast’s brand.”

“This seems like a very friendly way of appeasing regulators,” he said.