Comcast and EA Partner to Test Streaming Games via Cable

Comcast and Electronic Arts have partnered to launch the beta test of Xfinity Games, showcasing around 20 video games for streaming via cable. EA will stream the games to Comcast’s cable boxes, in the same manner that video services stream TV shows and movies to set-top boxes. No game pads are used in the service, as the service is targeting mobile and casual gamers, instead of console gaming fans. Users can access a website with their iPhone or Android phones to use as game controllers.

Variety reports that the current plan is for the service to only include EA games, but both companies are considering opening the service to other game publishers in the future. Popular EA games currently available and customized for the X1 include “Plants vs. Zombies,” “PGA Tour” and the “FIFA Soccer” games. 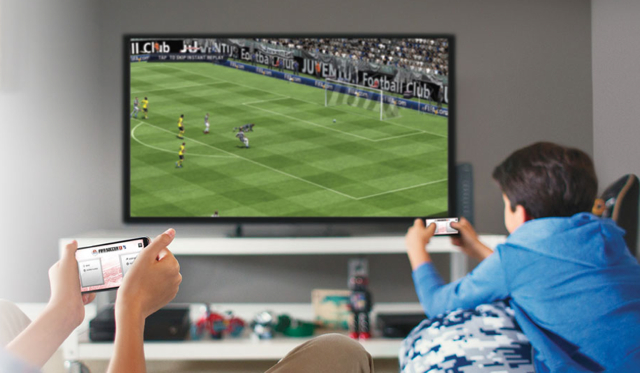 Although Xfinity Games will be a free service for now, Comcast will likely consider options to eventually monetize the platform through a monthly subscription fee or a one-off rental fee, according to Preston Smalley, Comcast executive director of product management.

Comcast has reportedly been in partnership with EA for more than a year, testing Xfinity Games internally, in hopes that the service would retain customers and increase revenue as more consumers leave traditional pay TV.

Comcast has also released a new service called Xfinity Stream, which allows its Internet customers to access a combination of HBO and broadcast TV streamed to their mobile devices, for $15 per month.