Wearable technology and personal data — rapidly moving beyond early-adopter status to play an increasingly important role in the marketplace — is a major trend we’ll be examining at CES. The skyrocketing popularity of wearables is no surprise; at last year’s show, Digital Health and Fitness emerged as the second most-talked about topic behind only Ultra HDTV. ABI Research predicts 169.5 million wearable health and fitness devices will be on the market by 2017.

That number represents an eight-fold increase from 21 million such wearable devices in the marketplace in 2011. The majority of that dramatic growth is expected to be wearables that are health-focused, designed for home and remote patient monitoring.

At the 2014 International CES, wearable technology will run the gamut from Google Glass to solar-charging handbags, showcased in several TechZones. In the FashionWear TechZone, wearable technologies include innovations in “body sensors, mind and gesture controlled devices, personalized headset and the latest wrist-wear and eyewear.” Look for jackets that adjust based on outside temperature to an array of ever-more sophisticated health monitoring devices. In the WristRevolution TechZone, we’ll see the latest in high-tech wristwatches, including GPS, music players, health monitors, message indicators and other features available through customizable downloads and app-based programs.

New breakthroughs in wearable technology will be showcased elsewhere on the exhibit floor, including at the Digital Health Summit. We’ll also be on the lookout for wearables in areas of CES focused on startups and innovative design. 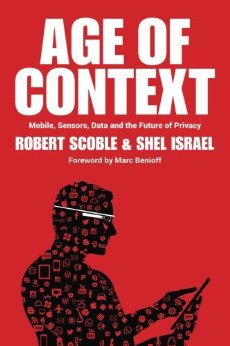 According to the CEA 2014 Technology Trends to Watch report, the healthcare community is in full embrace of wearables and personal data, which can be utilized in prevention, treatment, monitoring and behavior change. As sensors and apps become increasingly sophisticated, innovators will find new ways to merge the physical and digital world.

What opportunities and implications will there be for media and entertainment when, as authors Robert Scoble and Shel Israel say in their recently released book, Age of Context, a “new kind of mobile or wearable computer… can wirelessly interact with dozens, if not hundreds, of sensors on or around you”?

ETCentric will be reporting live from Las Vegas during CES, the week of January 6-10. Check back for coverage on wearable technologies and much more.