Journalist and ETCentric contributor Adrian Pennington forwarded us news that the BBC, working with research partners Arqiva and BT, plans to broadcast the World Cup final and two other FIFA matches live in 4K as part of an ongoing trial with the Ultra HD format. This marks the first time that 4K will be distributed simultaneously over IP and digital terrestrial television technologies, a hybrid distribution model that the BBC has been developing for several years. 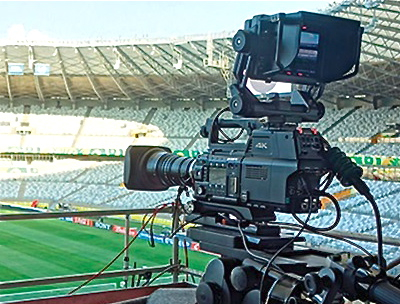 DTT is ideal for reaching many viewers at the same time, whereas IP may be best suited for on-demand delivery.

“We believe in increasing definition, which we think offers a tangible, real benefit for audiences and our ability to tell stories,” said Matthew Postgate, BBC R&D controller.

“We have lots of questions regarding which genres work best and how any ultimate UHD service can be provided by the BBC,” he explained. “In doing this development work, we are starting to piece together 4K distribution for UK audiences, and how a strategy might manifest itself over the next 12 to 18 months.”

“The FIFA-supplied 4K 59.94p feed of three matches, including the final, will be linked via satellite direct from Rio’s Maracanã stadium to London datacentre Telehouse and onto BBC R&D in Shepherd’s Bush for encoding in HEVC using adaptive bitrate technology MPEG-DASH,” writes Adrian for SVG Europe.

“Arqiva will then take the feed through its fibre network Arqnet for DTT transmission over three transmitters while BT will handle IP routing through its content delivery network.”