Apple TV 4 to Debut in October, Could Be a Game Changer

Inside sources report that Apple is on the verge of releasing its 4th generation Apple TV in October for a price likely to be under $200. The new Apple TV will feature an A8 chip in a dual-core configuration for an updated interface and improved navigation. More importantly, it will include a native software developer kit, ensuring that a wide variety of apps will continue to be developed and released. Also featured are a new motion sensitive remote control, Siri support and an as-of-yet unknown quantity of TV content.

According to TechCrunch, the new Apple TV will plug into the wall, rather than rely on a battery, making it easier for developers to create the more resource-heavy apps that burn up power. The new A8 chip will make it easier for users to browse through big content libraries. Expect to see Apple TV debut with “content apps, games, and broadcast companies,” says TechCrunch. 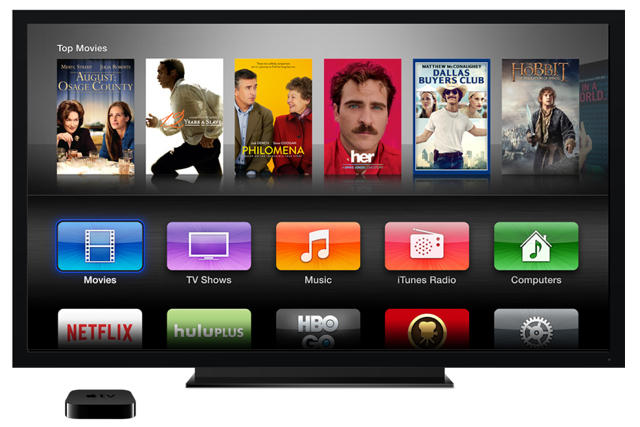 For gamers, the new remote will be motion sensitive to a degree that makes it similar to a Nintendo Wii remote. This capability will enable “innovative gameplay,” says TechCrunch, such as “multi-player gaming with several people using voice input, or many popular genres of party games that would do far better on the TV than on an iPad or iPhone.”

The 4th generation Apple TV, which will be thicker and slightly wider than the current model, will have a starting price of either $149 or $199, according to 9to5Mac, making it more expensive than alternatives from Roku, Google and Amazon. Apple will position its $69 3rd generation device as an entry-level model within the Apple TV product line.

Apple will also introduce a streaming TV service that bundles multiple television channels for a price as low as $40 per month, says 9to5Mac, “but the new Apple TV will initially still require logins to cable networks to unlock content.”

TechCrunch reports that Apple has reportedly had trouble “getting its TV streaming service locked down and ready to ship, but notes the potential impact of Apple TV in the content platform market. “If, and only if, Apple is successful with the Apple TV, it could be in a position to dominate content in a way that no other ‘smart’ TV platform has before it.”