Apple Envisions a Future Based on Siri, Intelligent Messaging

At the Worldwide Developers Conference on Monday, Apple CEO Tim Cook described how the company’s virtual assistant Siri will become ubiquitous across Apple platforms and capable of sending messages, making phone calls, ordering a Lyft ride and interacting with non-Apple apps and services. Mastering voice services is key to Apple’s success in an arena where Google, Amazon and others have made headway. Apple also plans to vastly improve Messaging, which, with third party apps, will empower it to do much more.

The Wall Street Journal notes that, “our voices are turning out to be crucial for interacting with tech in situations that don’t lend themselves to a keyboard, mouse or touch screen—and that includes many, if not most, gadgets we’ll meet in the future.” 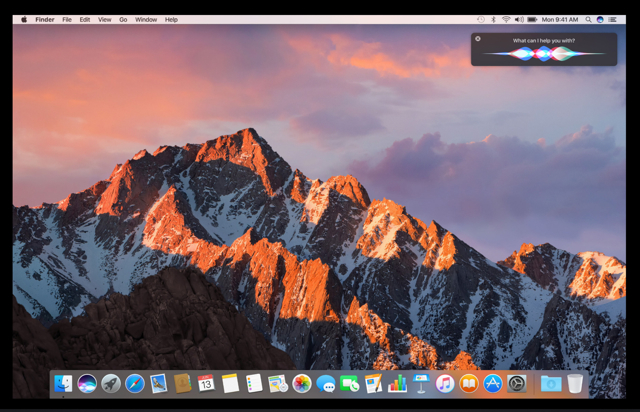 Although Apple pioneered built-in talking technology in 2011, Siri — which receives over 2 billion requests a week — has been losing ground to competitive virtual assistants such as Google’s Voice Search and Now services as well as Amazon’s Alexa, inside the Echo speaker.

Apple is now using Siri to “parse through our calendars, emails, playlists and photos to make its responses less random and more useful, and even propose responses via its new, Siri-powered QuickType keyboard.” Rumors are that Apple will even roll out a standalone Siri device, much like Amazon’s Echo and Google’s upcoming Home. One potential downside is that Apple’s own “privacy-conscious data mining solution” will limit what Siri knows about the user, making her a less effective virtual assistant.

Although Apple is opening up Siri to outside developers, its SiriKit will initially be limited to messaging, phone calls, photo search, ride booking, mobile payments, exercise and in-car climate control and entertainment.

Messaging apps in general are “becoming the glue that connects us to the most important people and services in our lives,” much like an operating system, says WSJ. Apple is “laser-focused” on building better Messaging to prevent users from straying to options such as Facebook Messenger or Slack.

New capabilities include key functionality and openness as well as a range of animations and emoji, the latter of which will be suggested by the keyboard. Emoji can also be swapped for words, “with a tap” on the keyboard. Apple is also opening up Messaging to work with third party apps, meaning restaurant reservations, movie tickets and other activities will be available.

One competitive advantage to Google and Facebook offerings is Apple’s encrypted conversations, which extends to third party iMessage apps. Siri will be integrated into the Apple QuickType keyboard. Siri’s challenge, both in Messages and in iOS 10 overall, says WSJ, “is to prove that it’s worthy of a second chance and ready to rival its competitors over at Google, Amazon and Facebook… intelligent assistance is the real battleground in this messaging war.”

Related:
Amazon Hires AI Expert to Ward Off Google in its Cloud Business, Recode, 6/15/16
Apple Wants to Use AI to Keep Google Off Your iPhone, Bloomberg, 6/15/16