AOL On Network: Premium Video Platform Launches in the UK

AOL launched its AOL On Network in the United Kingdom this week, the first market outside of North America to gain access to the on-demand video platform. AOL On is a syndication platform that offers curated and original content (currently 750,000 videos). It is an extension of the Be On end-to-end video platform for brands and its Adap.tv video trading platform. Web-only for now, an app for AOL On will be available in the UK early next month via the App Store on iTunes and Google Play. 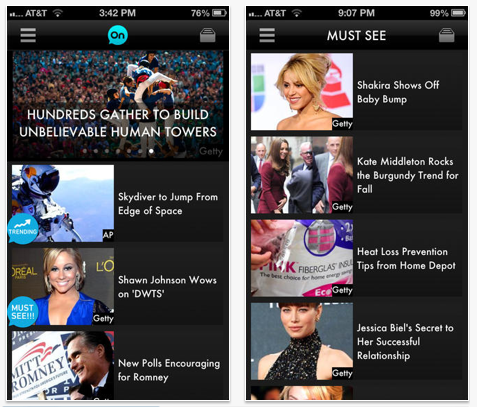 The network’s launch partners for the UK expansion “include Channel 4 News, ITN, Trinity Mirror, TalkTalk and Telegraph Media Group, as well as existing partners such as E! Entertainment, Discovery, NBC Universal, IGN and TMZ,” reports The Next Web.

“In the U.S., AOL On hit the number one spot in comScore’s video category with four billion ad streams, and a billion content streams, in part down to the use of original programming with celebrities such as Gwyneth Paltrow, Sarah Jessica Parker and Nicole Richie,” notes TechCrunch.