Filmmaker Ang Lee gave a keynote talk at NAB 2016 with editor Tim Squyres and production system supervisor Ben Gervais about the path to creating his upcoming feature “Billy Lynn’s Long Halftime Walk,” which was shot in 3D, 4K, at 120 frames per second. An 11-minute clip from the film ran all afternoon, drawing long lines and buzz. No theater can currently show the movie the way it was shot, but Lee says his curiosity and passion for storytelling led him to explore these formats, which create a compelling immersive experience.

Lee was a die-hard advocate of film until he made “Life of Pi.” “I resisted digital, even DIs, for a long time,” he said. “But pi is an irrational number and it puzzled me how to make the film. I started to be curious about how to make movies with dimensions.” 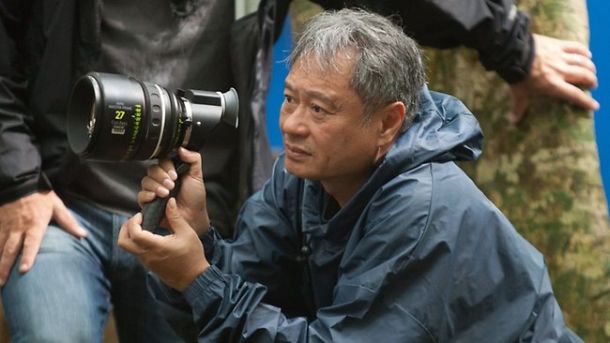 After the 3D “Life of Pi,” Lee wanted to do a boxing movie, and his friend, VFX supervisor Dennis Muren, ASC showed him James Cameron’s work in 60 fps. “Then I visited [Showscan founder/filmmaker] Doug Trumbull and it was quite an inspiration,” said Lee. “He gave me a brief history of high frame rate and showed me what he developed.” In particular, Lee liked how the higher frame rate’s lack of strobing enables him to show fast action and acting performance simultaneously, rather than sacrificing one for the other.

But the boxing movie went on the back burner when Tri-Star brought him the book “Billy Lynn’s Long Halftime Walk.” “It was a perfect chance to test new media,” said Lee. “It’s all about experiencing what [war] veterans feel and people don’t understand. I thought if I can bring that sensation to the Dallas halftime show, that will be incredible and freak people out.”

“It was a long difficult uphill road,” he added. “Every day is a difficult day. Focus pulling, lighting, performance, make-up are different. It’s very complicated, terrifying and exciting at the same time.” Squyres reports from the beginning, the movie was edited in 3D, at 60 fps using the beta software from Avid, projected onto a 12-foot screen to reproduce the theater experience as closely as possible.

Gervais said that the production process was made more fluid by having editorial, VFX and the lab in a single location. “We don’t have to bid, do tests,” he said. “We just collaborate on ideas, and that’s the wave of the future. We had to conceive this whole plan from pre-production and cater to the formats we’re making and keep our options open, so if we made a mistake, we weren’t backed into a corner.”

Lee added that, “before “Pi,” there were rigidly three sections — pre production, production, post production. “Now,” he says, “it’s all planned together and, more than ever, the real ‘cooking’ is in the editing.”