“The Academy Software Foundation is core to the mission of our Academy: promoting the arts and sciences of motion pictures,” said Academy chief executive Dawn Hudson. 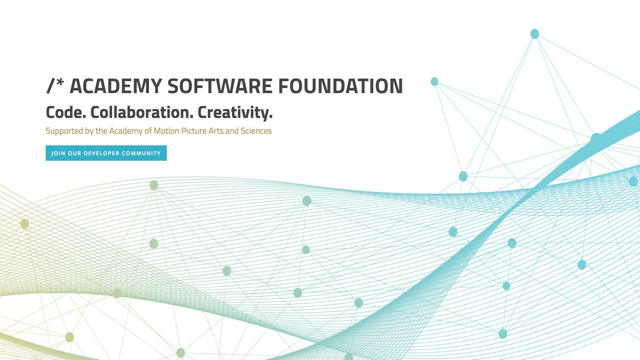 Andy Maltz, managing director of the Academy’s Science and Technology Council, explained that ASWF grew out of more than two years of investigation, sparked by Rob Bredow, senior vice president/executive creative director and head of ILM, who is also a member of the Sci-Tech Council.

“Rob thought that something was going on in the open source community,” Maltz explained. “There was the sluggish uptake of bug fixes and new features; and inconsistent versions and build platforms between packages as well as licensing issues. It was all a barrier to simple adoption.”

A survey of the membership revealed that 80 percent used open source software — and agreed with the issues hindering its development that had been identified. “We got responses consistent with what we thought,” said Maltz. The respondents also strongly believed that the Academy could play a role in righting the ship.

“We’d been talking to open source foundations out there, and Linux is the best known,” said Maltz. “We got quite an enthusiastic response from them. They thought we had an interesting dynamic and they offered to help figure it out, and the group agreed.”

After hearing some of The Linux Foundation’s suggestions, the group decided that an industry-supported foundation to address governance, legal framework and a common build infrastructure was the best way to move forward. “This is the first time we’ve lent our [Academy] name to something we don’t fully control,” said Maltz. “That’s how important we think this initiative is.” Premier members not only contribute financially but commit a full-time engineer to the foundation.

The Linux Foundation executive director Jim Zemlin noted that “this kind of organic innovation has proven time and again to produce amazing outcomes,” “By bringing together this list of organizations and companies together, it opens up and unlocks the collective innovation that will create compelling visual tools for storytelling and can create better movie experiences,” he said.

Maltz pointed to other successful applications of open source software in the media & entertainment industry, such as the OpenEXR file format developed at ILM, now widely used by manufacturers and practitioners. Zemlin promised that, “projects will start emerging.” “Developers can now sign up, so when those projects launch, they can start participating in a project,” he said. “In a year or two we hope to have a huge development community.”

The Academy Software Foundation will be in evidence at the annual SIGGRAPH conference next week; Bredow will give a keynote speech, and a “Birds of a Feather” is scheduled to connect with software engineers.