Samsung Electronics has debuted the Galaxy Note 9, which features a 6.4-inch screen, a revamped Bluetooth stylus and an upgraded camera. The company hopes that the Note 9, which is priced between $999.99 and $1,249.99, will revive sales and help it compete with Apple iPhones, especially over the upcoming holiday season. The Note 9’s chief selling point is the S Pen, a new stylus that enables remote camera control, switching between presentation slides, and more accuracy writing and drawing on the device’s screen. The camera also adds enhanced colors and exposure.

The Samsung Galaxy S9 registered disappointing sales performance, losing out to devices from Chinese rivals Huawei and Xiaomi, against a backdrop of a global slowdown in smartphone demand. Bloomberg reports that, “Samsung’s stock slid more than 3 percent in Seoul after Eugene Investment & Securities labeled the Note 9 a ‘transitional product’ that wasn’t a game-changer.” 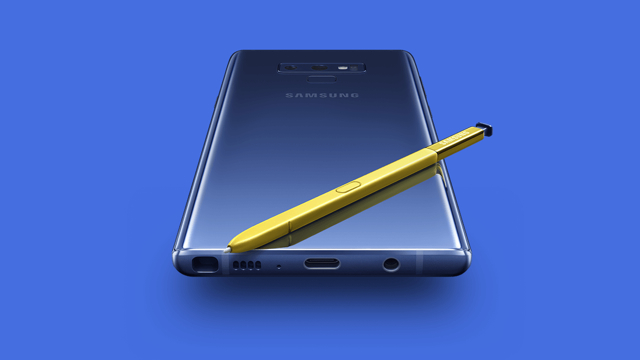 “The product was too similar to the S8,” said IDC vice president of device research Bryan Ma. “It wasn’t distinctive enough for consumers to justify the upgrade. My worry is that the Note 9 may meet the same fate.”

Samsung’s profits were “almost halved last quarter,” making this holiday season even more crucial for the South Korean company. On an earnings call, Samsung “blamed itself partly,” saying “it’s played too safe with smartphones too long,” especially after the “fire-prone Note 7 … cost the company billions of dollars.”

“Samsung is planning for a more aggressive design update next year,” wrote IHS Markit analyst Wayne Lim. “Thus, the Note 9 serves primarily to keep the Note customer base happy until the anticipated design changes expected in 2019 along with new technologies like foldable displays.” Samsung is also pursuing 5G for faster Internet connectivity. 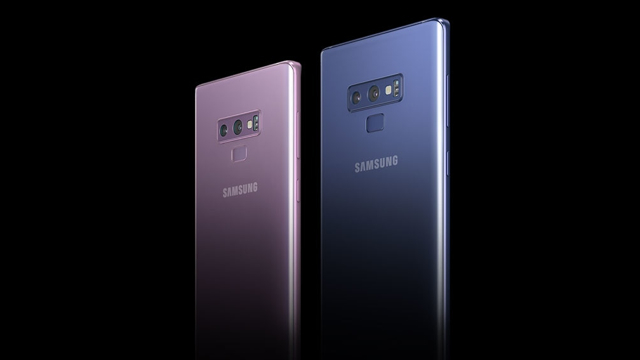 The Note 9 comes in a variety of colors and has a “relocated fingerprint scanner on the back but not one built into the screen, something the company has said it’s developing.” An upgraded DeX system “lets users connect their device to a computer display using a separate accessory, essentially turning the smartphone into a full-featured desktop with apps.” (The Verge provides a video review of of the Note 9.)

Samsung also unveiled a new Galaxy Watch with a circular screen, water-resistance, and the ability to connect to LTE cellular networks, and the Galaxy Home Speaker.

Elsewhere, The Verge describes Samsung’s newly struck long-term partnership with Spotify, including support for the Galaxy Home Speaker. It describes the partnership as “a deeper, more integrated version of the existing Spotify Connect feature that the company already offers for Samsung’s hardware.” Spotify and Samsung users will be able to link accounts for smart home integration with Samsung’s SmartThings app, and “Spotify will also become the default music option for Bixby.”