The Federal Aviation Administration has approved Amazon’s request to test drones outdoors. The FAA is stipulating that the tests be conducted only during the day and no higher than 400 feet off the ground. Amazon is hoping that unmanned aerial vehicles may be used for a future 30-minute package delivery service, and the open-space testing would help in its development efforts. During testing, Amazon will report to the FAA regarding the number of flights, any software issues and related data.

The FAA recently issued rules that restrict operators from flying drones out of sight, which limits commercial applications. However, Amazon is moving forward with its ongoing efforts to provide ultrafast delivery service. This week, the company announced that it is expanding its Prime Now one-hour delivery from parts of New York City to select areas of Baltimore and Maryland. 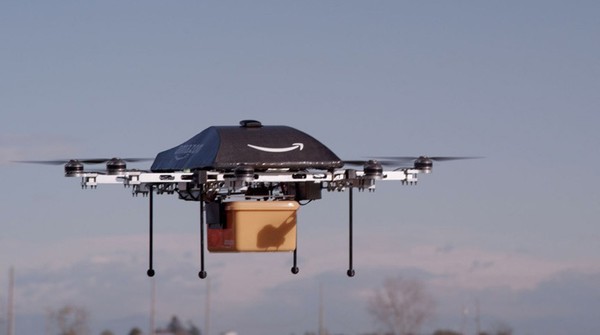 “The ‘experimental airworthiness certificate’ will help Amazon test the drones in more real-world conditions than an enclosed laboratory,” reports The Wall Street Journal. “Amazon hopes to use unmanned vehicles to make deliveries in a half-hour to sites within 10 miles of a warehouse. But it has been dogged by FAA rules that limit how it can test the devices, forcing Amazon to work primarily indoors.”

Additional testing could be the next step toward faster Amazon delivery for its Prime members. As of this week, the Prime Now one-hour service is currently running in parts of Manhattan, Brooklyn, Baltimore and Miami — with plans to expand to more cities.

The service started in New York with bicycle messengers and is now using couriers in cars. The Seattle-based company hopes that new features such as expedited delivery options will attract more Prime members.

“Prime Now also solidifies Amazon’s hold on members of its $99-per-year Prime unlimited-delivery program,” notes WSJ. “Those customers, who already buy twice as much from Amazon as non-Prime customers by some estimates, would have one less reason to seek out goods from competitors, rather than buy them from Amazon.”