Amazon Hires Engineering Team to Design Its Own Server Chips

Retail and cloud giant Amazon has joined Google and Facebook in investing in development its own server chips. The company recently brought together a team of CPU architects and hardware development engineers, four of whom come from Calxeda, the defunct ARM-based server startup in Austin, Texas. Despite the high initial costs of custom server chips, these specialized products would allow Amazon to optimize costs and improve performance. 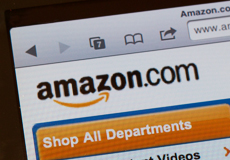 “You’d be stealing from your customers not to optimize your hardware,” James Hamilton, Amazon Web Services VP and distinguished engineer, said in GigaOM. By building its own servers and infrastructure, Amazon could save 30 percent on costs.

This move comes as other Web competitors such as Google and Facebook are also actively pursuing a custom design of server systems and other hardware to operate their massive websites. Earlier, this week, Google unveiled a server motherboard, which was designed on IBM’s Power8 technology.

“It is a major investment in the hundreds of millions of dollars to build your own custom core but if you buy hardware like Amazon does, and if you are truly successful at matching your workloads to your processors, then it could pay off,” Patrick Moorhead, president and principal analyst at Moor Insights & Strategy said. “But it’s very risky.”