Chinese telecom equipment and systems company ZTE, which has about $17 billion in annual revenue, has ceased “major operating activities” in the wake of the Trump administration’s ban on it using U.S.-made components for the next seven years. Trading in its shares has been suspended for weeks, and its workers in the Shenzhen factory have little to do but attend occasional training sessions. New guidelines tell its staff to reassure clients, but not discuss the details of the U.S. technology the company is currently banned from using.

The New York Times reports that, “ZTE is facing a death sentence,” since the U.S. Commerce Department “blocked its access to American-made components until 2025, saying the company failed to punish employees who violated trade controls against Iran and North Korea.”

The U.S. technology being withheld include microchips that power ZTE’s wireless stations and optical components for its optical fiber networks as well as Android operating systems for its smartphones. ZTE, which has 75,000 employees, is the No. 4 smartphone seller in the U.S.

Xi Jinping, president of the People’s Republic of China, has urged the country to achieve more self-sufficiency, especially as Trump threatens a trade war. He referred to a Mao-era program that, with tenacity and frugality, resulted in two bombs and one satellite. “This was because we made best use of the socialist system — we concentrated our efforts to get great things done,” he said. “The next step is to do the same with science and technology. We must cast away false hopes and rely on ourselves.” 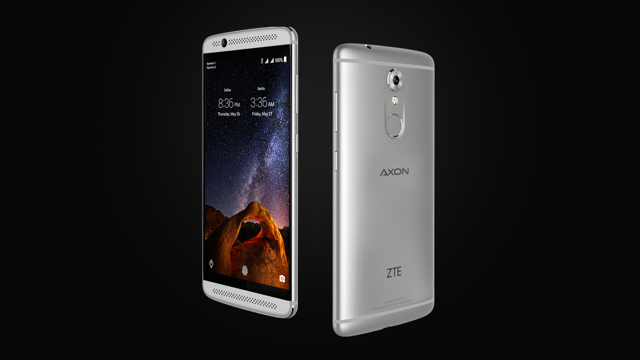 NYT notes that, “ZTE’s moment of crisis, if it leads to the company’s collapse, could also show how the tech cold war might ripple around the world.” The company “does business in more than 160 countries … and its telecommunications gear supports the digital backbone of a great swath of the developing world.”

ZTE’s demise would put South Africa-based MTN in an exposed position; the wireless carrier “serves 220 million people in 22 nations in Africa and the Middle East.” Norwegian carrier Telenor, which operates in Asia, also said it is “following the situation closely.”

ZTE “said it had worked to improve its compliance practices,” and has sent “additional information to the Commerce Department,” requesting “a stay on the export ban.” The sanctions, says NYT, “appear to be supercharging Beijing’s determination to upgrade China’s microchip makers.”

“They’re going to pour billions of dollars into preventing this from ever happening again,” said Sanford C. Bernstein telecom analyst Chris Lane. “In the long run, strategically, this might be worse for the U.S. than the current situation.”