Wearable Tech Innovators Have an Eye on the Smart Home

Although wearables are a relatively new category in the digital marketplace, manufacturers are already looking to expand beyond the wrist to the smart home. “The [home security] market largely didn’t move from the 1970s,” explains Michael Wolff, founder of NextMarket Insights. “It was always high-end proprietary systems, but it’s being reinvented in the last couple of years.” Wearables are a great source of data, such as biometrics, goes the argument, and therefore can interface nicely with smart home applications. 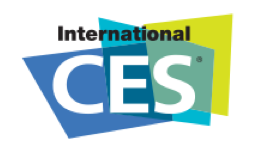 “I have a wearable that I can touch to say I’m awake,” said SmartThings’ Andrew Brooks. “The lights come on, the coffee pot starts. I can change the environment around me. Maybe if I haven’t done my 10,000 steps, the front door won’t unlock. There are some very useful and creative ways to use that technology.”

“It’s really the Wild West,” added Martian Watches’ Stan Kinsey. “Where I think it’ll go over the next five years is that you have a home that becomes aware and conscious. All of us are innovators but we have to try to figure out what sticks and what doesn’t.”

“Every year, lots of people are locked out of their homes,” he said. “I think to the extent that we have solutions to real problems, that will get to millions of homes as opposed to tens of thousands.” Smart home apps should make the user feel “more secure and have more peace of mind,” added Wolff. At the same time, said Jason Johnson, CEO of August, manufacturers have to make smart home solutions easy for consumers to understand, buy and set up.

Revolv co-founder Mike Soucie reported that it’s a natural evolution for wearables to evolve from notifications into command and control. “It’s about innovators and early adopters now,” he said. “If someone can aggregate it into context awareness and real world problems as well as entertainment and fun, that will carry it over into the mainstream.”

Comcast and AT&T are entering the smart home market, with extensive reach to their existing customer base. Are consumers more likely to trust Comcast or a startup with their front door security? This group of innovators is betting that consumers won’t want to hand over yet another home service to the same cable company or telco. That remains to be seen, but the wearables innovators are determined to play in this space.

“It’s a very exciting space,” said Kinsey. “And too few people have been involved up until now.”