The Hollywood Reporter has released its third annual ranking of the Top 25 Film Schools. This year’s top spots went to USC, AFI, NYU, UCLA and CalArts. THR editors evaluated graduate and undergraduate programs nationwide, and consulted with industry insiders to rate the programs. More than 600 anonymous ballots were submitted by members of the Writers Guild of America West, American Cinema Editors and the Academy of Television Arts & Sciences. 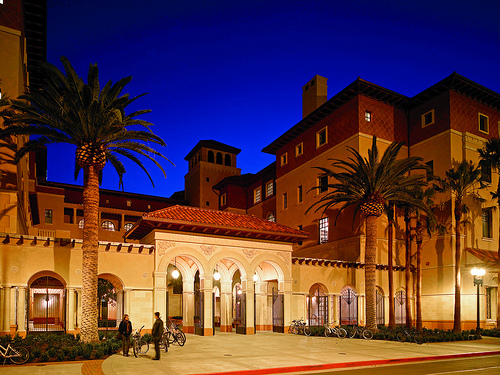 2. American Film Institute: “With arguably the highest achievement-to-endowment ratio of any film school, AFI, located in Hollywood, sent five alumni to this year’s Oscars — up from three in 2012 — and more than 40 to Sundance. Scholarship money for fellows, as the school calls its students, has nearly tripled for next year, and president and CEO Bob Gazzale recruited famed writer-director James L. Brooks as AFI’s new artistic director.”

3. New York University: “Seven alumni and one faculty member from NYU’s Tisch School of the Arts, located in Manhattan, were invited to join the Academy of Motion Picture Arts and Sciences this year. And the website Ranker, after tallying the alma maters of the makers behind the 500 best films of all time, ranked NYU No. 1. The school is noted for its MBA/MFA program, its new gaming MFA and graduates like 2013 Oscar winner Ang Lee. NYU gave alum Oliver Stone an honorary doctorate in May.”

4. University of California, Los Angeles: “From its home in Westwood, UCLA’s School of Theater, Film and Television has spun off galaxies of film artists: Francis Ford Coppola and his nephew Nicolas Cage, Jayne Mansfield and her daughter Mariska Hargitay, Gore Verbinski, Alexander Payne and Justin Lin. But for a big place that casts a vast shadow, UCLA also is intimate.”

5. California Institute of the Arts: “Art school grads are supposed to be penurious, but at Valencia’s CalArts, films made by alums have grossed more than $25 billion. The Los Angeles Times called it ‘the Harvard Business School of animation.’ Three of nine student films in the Telluride Film Festival’s most recent Filmmakers of Tomorrow program were by CalArtians, and three of this year’s Academy Award nominees for animated feature were by alums.”

Programs at Columbia, Chapman, Emerson, Loyola Marymount and 16 other institutions were recognized. For the complete list, visit The Hollywood Reporter.