The TV Time app, which boasts a million daily users, now offers filterable, personalized recommendations to help organize your viewing selections. With programming spread across multiple services, it is often a challenge to keep up with what’s out there, what’s new, and what you might enjoy. Based on a user’s viewing habits and behaviors across multiple services (such as Netflix, Hulu and cable), the app makes recommendations and helps users track what they’re watching while connecting with other fans after episodes.

“Your recommendations are based on the app’s understanding of dozens of signals, including things like which shows you watched, which you binged through, those your friends watch, those where you engaged in the show’s community, those you’ve favorited and more,” reports TechCrunch. 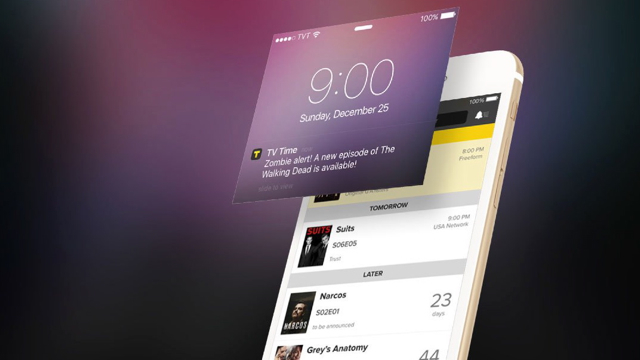 Outside of the TV Time app, there aren’t many options available to track viewing data across platforms. For example, Netflix may know what you like on Netflix, but not on Amazon or Hulu or beyond.

“We took the 8 billion episodes of TV that had been tracked in the app — episodes that are from every platform that exists,” said TV Time COO Dan Brian. “And because we have that 360 degree view of what people watch, we should be able to make the best recommendations to you as to what to watch next.”

Aside from new recommendations, the app is useful to keep track of shows, learn about new seasons, find out premiere dates, and more. It’s also interactive, allowing users to follow friends to see what they’re watching. Additionally, once a user marks an episode as “watched,” others can react to it with “GIFs, photos, videos, memes and more,” according to TechCrunch.

“A show may have a hundred or more reactions posted by fans, many with hundreds of likes. And a buzzy show like ‘The Walking Dead’ may have hundreds of video reactions alone after a new episode premieres.”

The app’s one million users visit the app around 45 million times per month, according to the company, which generates money via a premium tier that thus far has “tens of thousands of paying users … But this will likely be dropped in time as its data business scales up. TV Time is a free download on iOS and Android,” notes TechCrunch.