Top Tech Companies Bullish On a Wireless Future for AR/VR

A Digital Hollywood panel at CES 2018 comprised of top AR/VR executives from Google, Unity Technologies, THX, HP and MPC considered the pace of the technologies’ adoption and predicted the progress we’ll see in 2018. Moderator Steve Masur, a senior partner at MG+ tech law firm, noted that many are disappointed with the pace of AR/VR adoption — but he is not one of them. “I think the industry is just fine,” he said. “A few years ago we thought we’d gain mass consumer adoption, but we have to go through revolutions of adoption.”

To that point, Google head of AR/VR partnerships Aaron Luber reports that the company is in “a big second phase” of VR. “We always said 2018 would be an important year, based on how industry works,” he said. “There’s a great barrier to entry with VR now with headsets. On the low end, it’s the phone, but maybe it drains your battery. We need a dedicated VR headset that you just pick up and be in VR in a few seconds; that’s a huge deal that doesn’t exist today.” 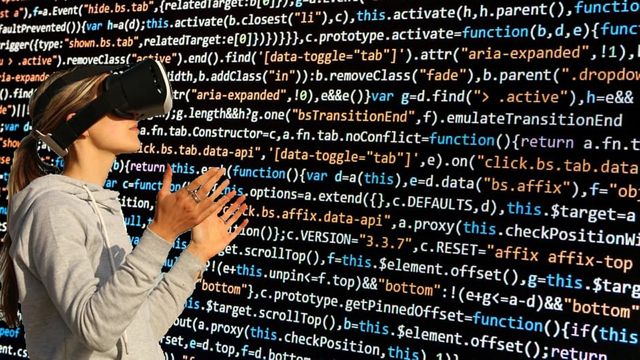 Cutting the wires from the VR headset, he continued, is “one of the small things that, when we get it right, it will shift how people see VR.” Former HP VR evangelist Shannon Norrell agreed. “The ultimate office work is to have a VR headset next to your desktop computer,” he said. “It’ll be as common as having a mouse.”

MPC head of VR/immersive content Tim Dillon described the success of the Star Wars VR experience as based on its lack of wires. “You’re a Storm Trooper, so having the backpack and headset fits,” he said. “That’s an example of a cable-free experience that works.” Norrell, who praised HP’s VR backpacks, said that the next evolutionary step is to shrink it into a waist pack. “Heat dissipation is one of the challenges with compute power of that magnitude,” he said, predicting that a waist pack will appear at CES 2019.

All the panelists agreed that enterprise, not entertainment, will initially drive AR/VR content. THX senior vice president/general manager of new ventures Russ Schafer notes that consumers who use VR applications at work will drive an interest in home entertainment applications.

Unity Technologies head of AR/VR strategy Tony Parisi said that the Unity gaming engine becoming the “go-to engine” for building AR/VR experiences has been a positive influence for content producers in the space. “We have a purview to see a lot, because we’ve invested in all the platforms,” he said. “And we’re expanding into industrial use cases, like designing cars. Content creators want scale so they deploy on mobile phones to do so. Educated developers learn a lot of lessons as they build it. You can go to the app store and build AR.”

Dillon pointed out that Unity’s ability to create the full spectrum from a theme park level experience to mobile experience is financially efficient. “And that’s important,” he said.

Norrell stressed that, “if you want to make money in VR in 2018, follow the money.” “Who has the money to pay for content?” he asked. “The auto industry, medical industry. Commercial VR is where it’s at for the next coming years. This is the migration path that PCs followed.” Other panelists opined that location-based entertainment will also fuel the desire for home-based experiences.